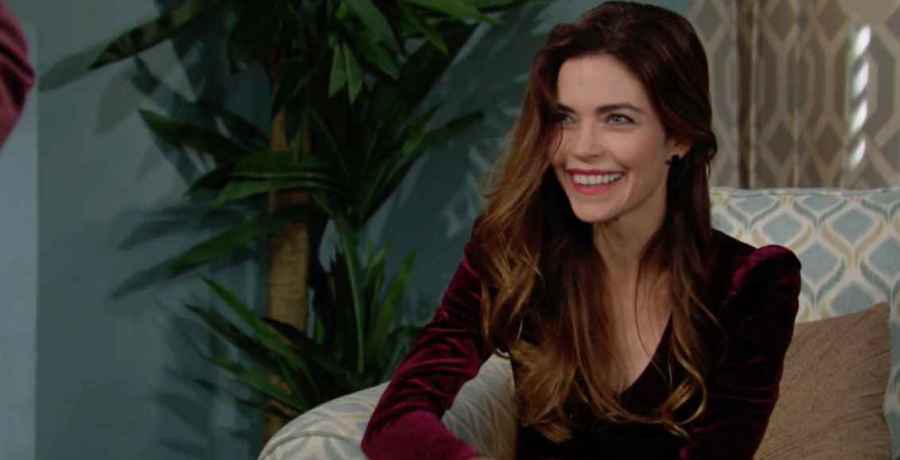 The Young and the Restless fans will remember that Victoria thought she was better off without Billy. This was so until he started dating Lily. Now it looks like Victoria is doing anything she can to tear Billy and Lily apart. Now, we wonder if she is trying to sabotage the happy couple’s relationship.

The Young and the Restless Victoria – Billy – Lily

Fans will remember that shortly before the Christmas holidays, Billy was planning a romantic getaway for himself and Lily. He wanted to sweep her away to New Orleans for the night. However, Victoria heard about their romantic trip and got Johnny to call his father. She wanted Johnny to tell him he was concerned that Billy might not make it back to Genoa City for Christmas Day.

When sweet Lily heard this, she suggested to Billy that heading off somewhere just before Christmas wasn’t the best idea. He canceled the trip and rather treated Lily to a New Orleans theme evening at Society instead.

Victoria has interfered before

A few weeks back, fans will remember Billy planning a celebration dinner for the pair after closing a business deal. However, in that case, Victoria messed up his plans again. Telling Billy she had a late meeting and can’t do it, she asked him to take Johnny and Katie to a skating fundraiser. Billy regretfully canceled the dinner to take out the kids instead. However, “conveniently,” Victoria’s meeting was also “canceled,” which meant they could all go skating together.

While Victoria has previously told Billy she is supportive of his relationship with Lily, there is obviously something going on. It is clear she is using their children to pull him back into her life.

On a more recent occasion, Victoria was supposed to fly to Hawaii with Nikki. She asked Billy to care for the kids for a few days, which he was happy to do. He took the kids to Chancellor Communications to meet Lily and they were planning to go out for dinner.

As they were all hanging out at the office, enjoying themselves, surprise, surprise! Victoria rushes in with a huge smile on her face. She said that due to bad weather, her flight had been diverted back to Genoa City. This meant Billy had to cancel his plans with Lily once again. Instead, he headed off home with Victoria and the kids, where they had pizza for dinner.

Is Victoria jealous of Billy and Lily?

Billy has accused Victoria of being jealous of his relationship with Lily, but she denies this. However, as noted by Fame 10, if anything, Victoria seems more envious than jealous. As a workaholic, trying to bring up two kids alone, she possibly wants Billy to be as alone and miserable as she is.

Of course, all along, Victoria has had a soft spot for Billy and they usually find their way back to each other. Is she purposefully sabotaging his relationship with Lily to do just that?

The Young and the Restless fans speak up about Victoria, Billy and Lily

Fans have spoken out on social media about the Victoria, Billy and Lily situation. Most seem to think it is a bad idea. One fan wrote, “Now that’s a choice most men would love to be in a position to make. Lily and Victoria; two smart, talented, beautiful women. Either one is a great choice! He sure is a lucky guy! Best thing right now is for someone great to come along for Victoria. Not a fling. The real deal.”

Billy is one lucky man, I don't mind Lily and Billy.. But I still ship Villy.

Another fan commented on the post, writing “Billy is one lucky man, I don’t mind Lily and Billy… But I still ship Villy.”

A further tweet stressed that “Victoria definitely needs a new man. She is literally obsessed with work, and she’s turning too much into Victor. I don’t like this Victoria, I like the softer and fun Victoria. I think Lily has been very good for Billy, so keep those two together.”

Keep up with the story on The Young and the Restless weekdays on CBS.