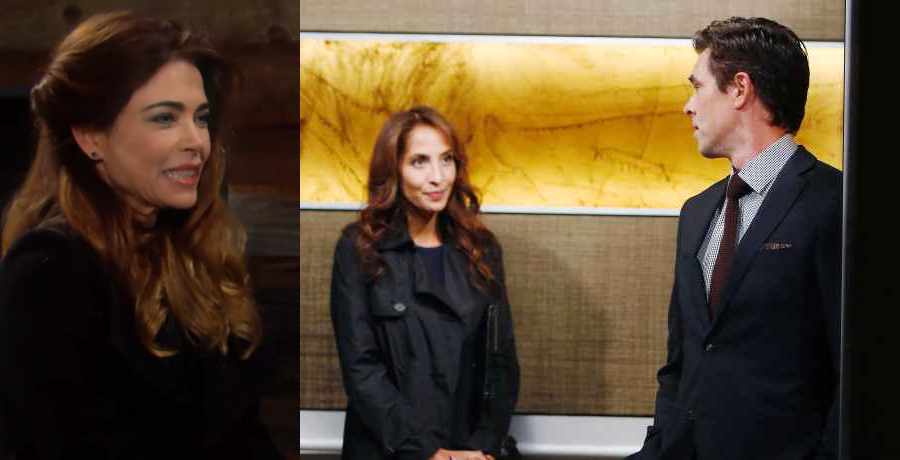 Fans are asking what is going on with The Young and the Restless and the idea of a Victoria-Billy-Lily love triangle. Let’s face it, they aren’t happy about this. However, on the show, it is becoming increasingly obvious that Victoria has her eye on Billy once again, now he is with Lily. Still, fans cannot fathom why the writers would choose to go this route again.

The Young and the Restless Billy love triangle

Back in the early days, Victoria and Billy had a certain chemistry. Fans remember them connecting on New Year’s Eve and flying off to Jamaica. They also recall the battles with Victoria’s father. Since then, Billy has been involved with a few people and the chemistry is never the same. Some fans do still like the idea of Victoria and Billy together, however with the storylines over recent years, it is difficult to put the pair together again.

Some fans, like her brother Nick, don’t enjoy Victoria’s ruthless side and find her spoiled, cold and selfish. The way they see it is she is only interested in Billy when she can’t have him. It is definitely a thing, not wanting someone, but also not wanting anyone else to have them. Right now, Victoria might be exploring her motivations a little too closely right now. She might even admit to herself that she wants Billy back. However, it is also possible she is drawn to the challenge of winning him back.

For the life of me I do not know why #YR is heading down the Victoria/Billy track again.

Some fans can acknowledge that Victoria might be missing Billy, especially as she hasn’t met anyone else. Possibly she is reflecting on happier family times as she watches him move on. However, the idea that Victoria is regressing after splitting with Billy doesn’t make sense somehow.

It doesn’t make any sense for Victoria to do a complete turnaround on the CBS soap. Let’s face it, it isn’t very long since she cut him down for even hinting about them being together. Victoria told Billy he is deluded and that they are never getting back together again. She even admitted that the only things she can count on are death and taxes and Billy getting restless. What happened to this version of Victoria?

Victoria is definitely loving interrupting Billy and Lily’s night. But at the same time Nikki is right, billy’s got a great set up. Victoria is doing everything and he gets to swing in and play dad and go home #YR

Rehashing The Young and the Restless

The Young and the Restless is built on storylines being rehashed and a Billy and Victoria thing would be yet another one. Besides the impossibility of their relationship, there is also the aspect of a love triangle. Sometimes a love triangle can be intriguing, but when it relates to Billy, who has upset so many fans, there doesn’t seem to be much point.

For some fans, the idea of a Victoria-Billy-Lily storyline is taking the path of least resistance. However, it isn’t just viewers upset with the writers, or wanting to see Victoria stay strong and find a new lover. There are also Billy fans who don’t want to see him back with Victoria again. As noted by Soaps She Knows, some fans think a Lily-Amanda-Billy love triangle would make more sense.

Readers, what are your views on a potential Victoria-Billy-Lily love triangle? Sound off in the comments section below.

Meanwhile, keep up with The Young and the Restless on CBS, weekdays.