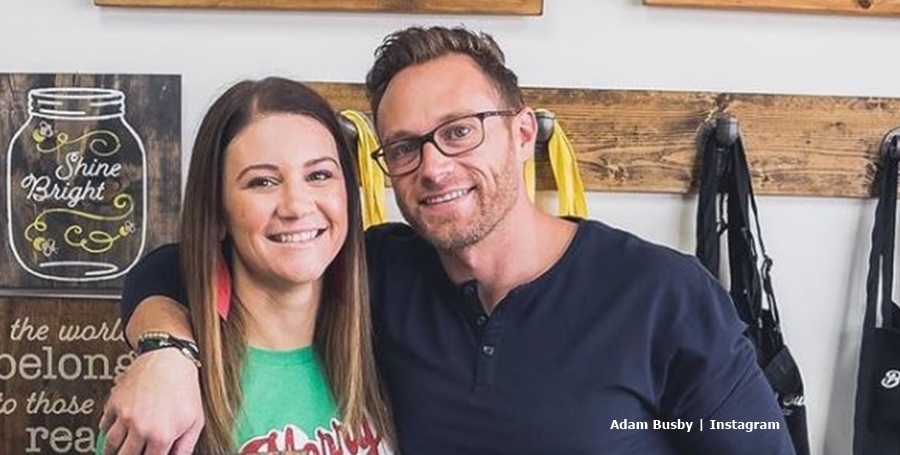 Adam Busby sometimes comes out with very amusing comments and fans laughed at his comment on Danielle’s post about wine time. Possibly the kids were in bed and the house quiet for a change. Danielle mentioned #mamatimeout and #quietthechaos in her hashtags. Well, OutDaughtered fans just loved Adam’s response in the comments section of her Instagram. Actually, Danielle’s been working hard in the home recently. So probably she felt a bit tired out and just happy for some quiet time.

In the last few days, Danielle took on a big project in the home. She planned some pre-spring-cleaning tidying up. But she had to control the urge to over-do things when it came to the quints’ playroom. She set about getting all the Christmas stuff put away, and sorted things out. Some of it, she set aside for donation to charities. And other stuff went out. But she said that she felt she ended up just making more of a mess. Hopefully, by now, she completed the task and celebrated with some downtime and a glass of wine.

Taking to her Instagram on Thursday, January 28, Danielle shared a photo of herself sitting quietly and holding a nice glass of red wine. Notably, the bit of the house in the background looked spanking clean and immaculate. For once, the mom seemed undistracted by all the kids. Looking very relaxed, Danielle wrote, “Time to wine 🍷.” So, fans laughed at Adam Busby’s response to the post. He said that he worked in his office when he noticed the photo and the caption. His next words and the emojis made TLC fans chuckle hard.

OutDaughtered dad wastes no time catching  up with Danielle

In the comments, Adam wrote, “Wait is this now…? I’m in my office. I know what this means! 🏃💨.” Some fans giggled because it looked like he “farted.” However, most of them also know what his reaction to Danielle’s post probably meant. So lots of them also commented on Adam’s response. Here are a few reactions to Adam Buby’s comment:

Danielle also commented on what Adam posted. She noted, “you gotta… fart ?? That’s what that looks like to me 🤪 #emoji.” One of Adam Busby’s fans who also talked about the “fart emoji” noted, “as a dude I am sure he meant otherwise 😂.”

Lots of fans told the OutDaughtered couple that they just love them so much. And none of them minded the love-making slant that could be inferred from Adam Busby’s comment. Did you find it amusing? Sound off in the comments below.