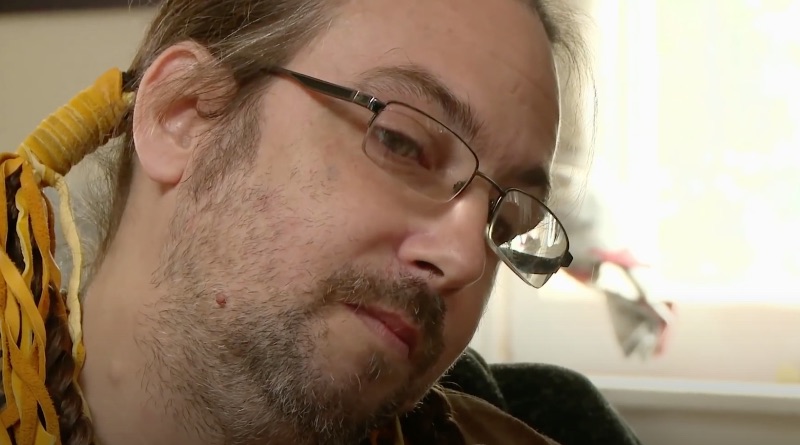 Life After Lockup spoilers show things get hot and heavy between John Miller and Kristianna Roth’s sister. WEtv has been teasing this storyline for some time now. And it looks like everything comes to light in the next episode.

In the previous season of the Love After Lockup franchise, Kristianna Roth escaped from her halfway house. Because of this, she was on the run for a while. And John Miller took it upon himself to track her down. He eventually found her. And it was an emotional time before she ultimately turned herself in.

As Life After Lockup watchers know, it was a packaged deal for John Miller once Kristianna Roth got out of jail. He moved her mother and sister into his house. And he and her sister certainly seem to be more than friendly based on the latest teasers from the upcoming episode.

John Miller says in Life After Lockup spoilers that he misses Kristianna Roth. But teasers also show him in the bedroom with Terra – and she has nothing but a towel on in sneak peek clips. At this point in the spinoff season, even Kristianna’s mother starts to question what’s going on between the pair.

In addition, Terra smacks John’s bottom in Life After Lockup teasers. And he tells her that he loves Kristianna Roth while she straddles his lap. So there’s certainly a lot of drama coming up on WEtv. Making matters worse, Terra asks John Miller if he loves her. And he says in his interview that “we have a problem.” So there’s a lot of drama heading into the next episode.

Is @bonnie_clyde29 getting a little too close to his in-laws? Find out TOMORROW at 9/8c on an all-new #LifeAfterLockup. pic.twitter.com/wKft4XXQxz

Despite the love triangle WEtv teases in upcoming episodes of Life After Lockup, things look drastically different in real-time. John Miller and Kristianna Roth were recently spotted out and about in Las Vegas by a Reddit user – and that’s not all. Turns out, Kristianna is pregnant with John Miller’s child.

Depending on how serious things get in current episodes between John and Terra, there’s likely to be a lot of drama once Kristianna catches onto the fact that John went to her sister behind her back. Certainly, it’s possible that this storyline could be exaggerated to up the drama. But either way, it’s worth tuning in to see how this situation escalates – as well as how it resolves.