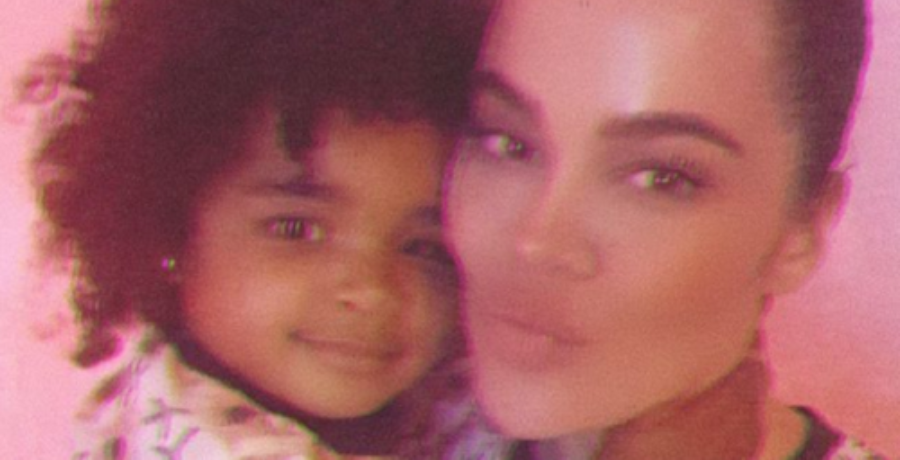 Khloe Kardashian and Tristan Thompson are making plans for baby No. 2. The couple reconnected last year during the coronavirus pandemic. New details of the final season of Keeping Up With the Kardashians have emerged. It’s set to premiere on March 18.

So far, fans know that the show will focus on Kim Kardashian and Kanye West’s marital problems. But in a new trailer for KUWTK, Khloe and Tristan discuss their baby plans. The couple wants to give their 2-year-old daughter, True Thompson, a sibling. This may come as a shock to fans of the on-and-off couple.

On Thursday, January 28, the trailer for Season 20 of Keeping Up With the Kardashians shows the Good American founder and the NBA player discussing children. Khloe Kardashian and Tristan Thompson have kept quiet about their reconciled relationship. They’ve only dropped hints here and there on social media. But now, the couple is speaking out about their lives together on the reality show.

“I just feel like it’s now time to have another kid,” Khloe tells Tristan.

However, that’s all fans are going to get for now. In another scene, Kim spied on Kourtney and Scott Disick taking a nap together. Later, she tells her sister about the scene. She has a feeling that the couple is going to get back together.

“They’re definitely made for each other,” Kendall Jenner says. “They’re supposed to be together.”

But it’s time to get back to Khloe and Tristan. An insider told E! News that the couple “are on the same page and both want another baby.”

“Khloe knows the value of siblings and growing up in a house full of kids and she wants that for True,” the insider said. “It’s something they have been working on for a while.”

However, it’s unclear whether they’re working on a second child together. The insider noted how involved the NBA player is during this time. But their relationship could pose a challenge. Tristan moved to Boston now that he’s playing for the Celtics.

“Tristan is very supportive of Khloe and making this happen,” the insider explained. “He goes with her to doctor’s appointments and listens to her feelings. He’s very involved and invested in the future of their family together.”

In previous, the Revenge Body star shut down the pregnancy speculation. In November 2020, Khloe Kardashian made it clear that she wasn’t planning to have another baby. One Twitter claimed they were “convinced” that she was.

She is known to experiment with different styles and looks. The mother of one showed off her latest look as part of her new collaboration with Dose and Co collagen powders. Some fans remarked that Khloe was “glowing” in the photo. Khloe has maintained a low profile since moving into her new home before Christmas.

What are your thoughts on Khloe and Tristan having more kids? Sound off below in the comments.

‘The Bold And The Beautiful’ Spoilers, July 19-23, 2021: Carter And Quinn Are All In
‘Sister Wives’ Fans Have A BIG Question For Meri Brown: Too Personal?
‘Y&R Spoilers : Who Kidnapped Mariah Copeland And Where Is She?
Todd Chrisley Debunks Lindsie Bombshell: Wait, She Was Involved?!
Why ‘Love Island USA’ Fans Want Jeremy Hershberg OUT Of The Villa