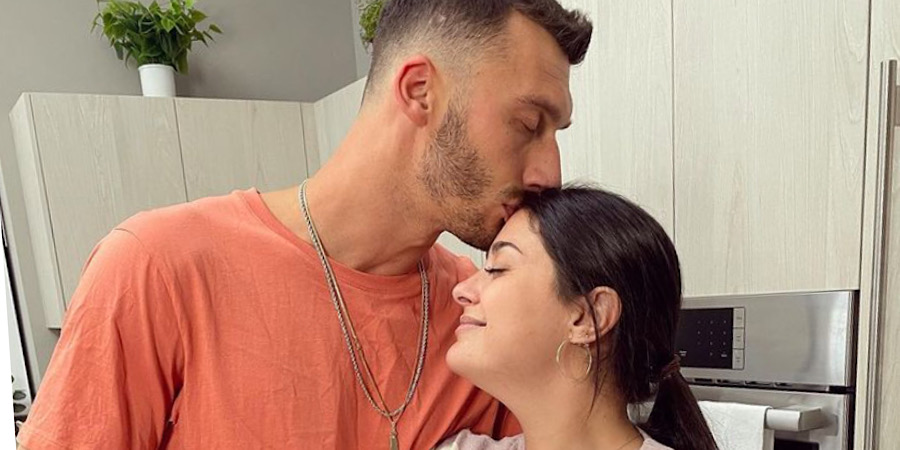 They say when couples are truly in love, they start to look alike. This seems to be true for 90 Day Fiancé couple Loren and Alexei Brovarnik. Two days ago, Loren shared a handful of photos on her Instagram of the duo in similar outfits. The twinning incident appears to be an incident but it only reaffirmed how far this couple has come.

The Couple That Birthrights Together

Before 90 Day Fiancé and the subsequent spin-offs, Loren and Alexei had a very special meeting. Loren (nee Goldstone) went on a birthright trip to Israel back in 2013. She was a group leader for this week and a half excursion where young Jews get to explore their heritage. They get to explore and understand their culture, truly a once-in-a-lifetime trip. For Loren, it was made even more special when she met Alexei. He was a medic in Israel, assigned to her tour.

It could have ended in Israel, a whirlwind romance but it did not. For the next year, they courted overseas as she was from Florida and he was still living in Israel. Fans saw their love blossom into an eventual marriage proposal during Season 3 of 90 Day. They have since married and appeared on Seasons 1 and 2 of 90 Day Fiancé: Happily Ever After? Loren and Alexei have also become a beloved couple on 90 Day Fiancé: Pillow Talk where they critique episodes of the show from their home.

Becoming A Family And Matching

In April 2020, the two welcomed a son. Fans and viewers watched as Loren’s tummy grew on Pillow Talk. They also watched the couple’s very own special as they prepped for Loren to give birth. She had much trepidation as she has Tourette’s Syndrome and was nervous her baby would have it. The birth was also to happen during the beginning of the pandemic but the family is happy and healthy. With many posts of themselves and of baby Shai Josef, the couple does enjoy silly moments together. Dressed in orange and coral T-shirts, jeans for her and shorts for him, Loren could not help but laugh at the unintentional twinning moment.

In the post, she says: “That look when you match unintentionally. Anyone else do that?” The series captures the expressions of the couple realizing they match and not minding it at all. Fans commented how much they love the duo and how great Loren looks after the baby. I love how much fun they are still having together and the fact that they have been a success story from the show. You can continue to watch them on 90 Day Fiancé: Pillow Talk and follow their lives via her Instagram. And you can catch the new season of 90 Day Fiancé on TLC every Sunday night.