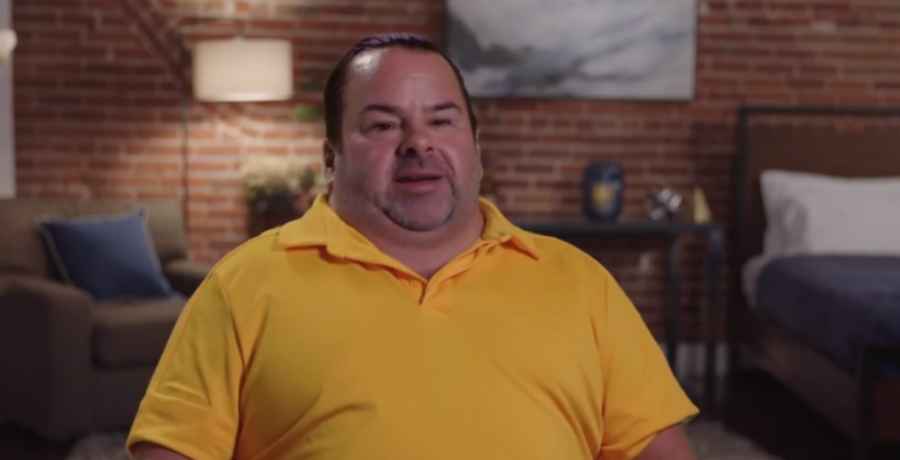 Big Ed Brown was a controversial character on Season 4 of 90 Day Fiancé: Before the 90 Days. He drew a lot of dislike over his treatment of his Filipina girlfriend, Rosemarie Vega. However, he is still looking for love and will be starring on the new spinoff show, 90 Day: The Single Life. Brown will be starring alongside five other former TLC reality show castmates.

Big Ed Brown, 55, recently spoke to Us Weekly about his upcoming appearance on 90 Day: The Single Life. He said he has been catfished more than 15 times and has had “horrible luck” in romance.

However, Ed did tease a new relationship, which he hopes will be more successful for him. Brown said it’s still early so we will have to see what happens. However, he did say his new relationship is “kind of another roller coaster of a journey, somewhat like the Philippines.”

90 Day Fiancé fans will remember Big Ed on Season 4 of 90 Day Fiancé: Before the 90 Days. On the show, we got to see him travel to the Philippines to meet Rosemarie (Rose) Vega, 25 after they connected online. It was a rocky relationship right from the start, as he hadn’t been entirely truthful to Rose. They ended up splitting during a May 2020 episode of the TLC reality show.

Since then, Rose has flourished and has a successful YouTube business, making travel videos. On top of this, a while back, she posted images showing a new glamorous look. It seems she hasn’t looked back since splitting from Ed. If anything, her exposure to reality TV has given Rose the confidence she needs to get on in life.

Following his failed relationship with Rose, Big Ed decided to put himself out there again. He said The Single Life will follow his journey of getting back into the dating life. According to Brown, he hired a dating coach, who gave a lot of insight into who he really is. The one thing he revealed to the coach was the type of woman he wants as a partner. Ed said, “You know, I wanted this, I wanted this and they don’t have to love me.”

The coach was shocked, and asked him why shouldn’t they love him? Didn’t he think he deserves love? Big Ed said the show was really therapeutic for him because he found somebody, “a wonderful girl.”

The former TLC reality star then grew emotional, recalling his statement that he doesn’t need to be romantically involved with someone. He said his dating coach caught him off guard when she questioned him about it.

According to Big Ed, he thinks many people in the world don’t think they are good enough. He said while that is sad, he is learning to believe in himself. Ed is learning to love and accept himself for who he is. Brown believes that way someone can love him. However, if you don’t love yourself, no one else will, which is a big thing in romance.

Big Ed’s coach gave him a lot of pointers on how to ask a girl out. He said for 28 years, he’s been like, “Hey, you want to grab lunch? Hey, you want to hang out?” The coach said no (repeatedly!) adding he should say, “I want to take you out on a date.” After doing that, he said it worked.

Adam Busby Investigates: Which Quint Made The Mysterious Mess On The Stairs?
How To Watch ‘Punky Brewster’ Reboot & Original For FREE
‘When Calls The Heart’: Erin Krakow Reveals Details, Fears Around Daniel Lissing’s Departure
Matt Roloff Shares A Photo Of ‘What Happy Looks Like’
‘Circle of Deception’: What Happened To The Real-Life Figures?