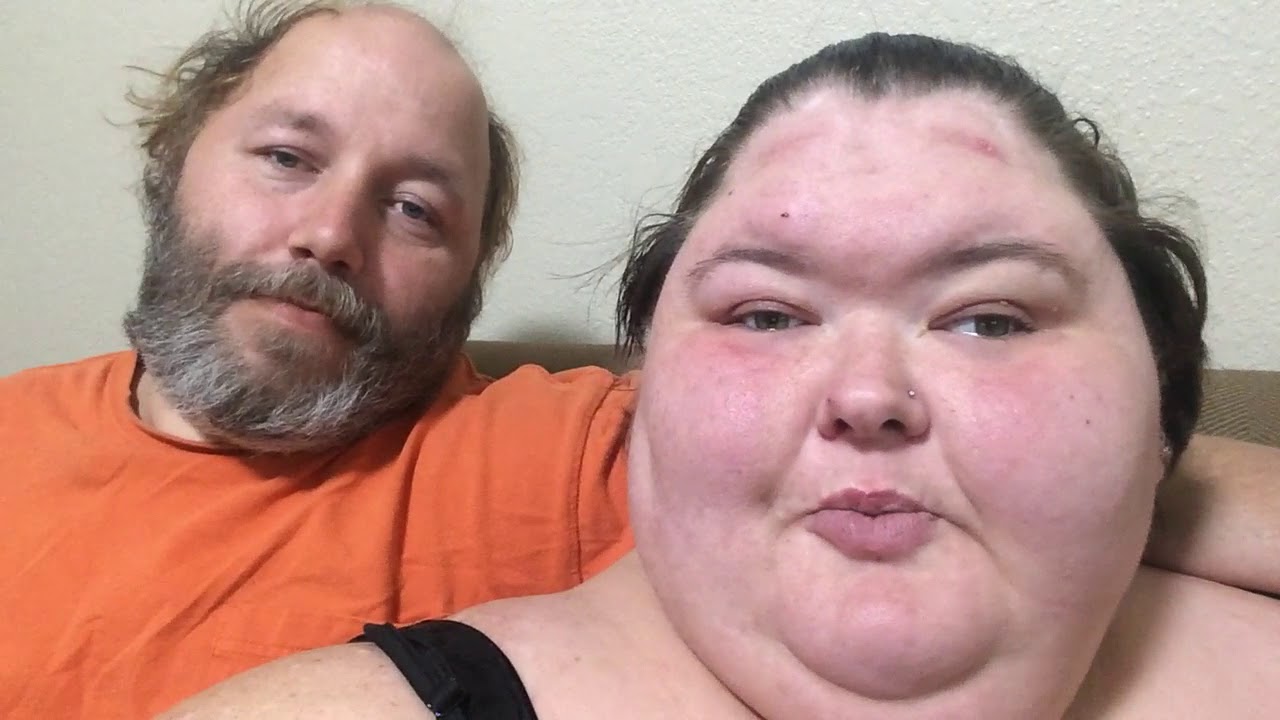 A little time has passed since 1000-Lb. Sisters fans learned both the name and gender of Amy Slaton’s baby. Since then, fans of the TLC series have been sitting on this information. Festering on it. Forming their own opinions.

According to Meaww, fans are somewhat divided on how they feel about what Amy and Michael decided to name their baby boy. What is their baby boy’s name? Where did he come from? And, what are fans saying about it? Keep reading for all the details.

Turns out, Amy and Michael Halterman spent a lot of time considering the names Thomas and Wayne. They, however, decided against these names because they were fairly common within their family. Amy Slaton and Michael decided they wanted something more unique. They didn’t want to answer the question of which Thomas or Wayne they were talking about.

Amy and Michael dug a little deeper. They both share a love for movies of the horror genre. So, they decided to pick a name inspired by a love they share. Thus, they decided to name their son Gage Deon. And, where did the name come from exactly? Well, this is a character name from Stephen King’s Pet Sematary.

Now, if you’ve never seen or read Pet Sematary… Keep reading for a little background information on the character. The movie (and book) tells the story of a family that recently moved to Maine. The series follows an emotional father who makes an effort to revive his dead toddler. The toddler’s name is Gage. The father buries his son in cursed ground. Gage returns. But, he is a malevolent being. And, things get even worse for this family.

Fans have mixed feelings about the choice Amy Slaton made

Unsurprisingly, selecting the name of a character from a horror movie resulted in a lot of mixed feelings from fans. This is especially true for those who know the details of the character Gage. Was a dead toddler brought back to life really the best choice for her baby boy’s name? Here’s what some fans are saying.

Amy is about to name her child after a Stephen King novel? #1000lbSisters pic.twitter.com/7NyD2eyEHK

Lol, the producer said you named your baby after that?! #1000lbSisters

Now, not everyone felt weird about this choice in name. In fact, one fan of the series took to Twitter to appreciate the name. They noted they also named their child after the character of a horror movie.

#1000lbSisters Haha don’t feel bad Amy. I named my son after Isaac from Children of the Corn! I can relate! 😝

Noticeably, even the producers seemed a little rattled by this choice in name for their baby boy. The question is… What do you think about Amy Slaton’s baby boy name inspiration? Share your thoughts with us!

EDIT/UPDATE: It was brought to our attention by Amy Slaton herself that multiple news outlets were spelling her son’s name wrong. Her son’s name is actually Gage Deon. Amy goes on to explain her son shares the same middle name as his father.

‘Little People Big World’: Zach Roloff Is The Ultimate RV Dad
See The Love Between Beau Clark And Baby Hartford
‘DC’s Legends of Tomorrow’ Moving to Sunday Nights for Season 6
‘KUWTK’: Did Khloe Kardashian Rip Off Beyoncé?
‘When Calls The Heart’ Nathan May Finally Be Ready For Commitment