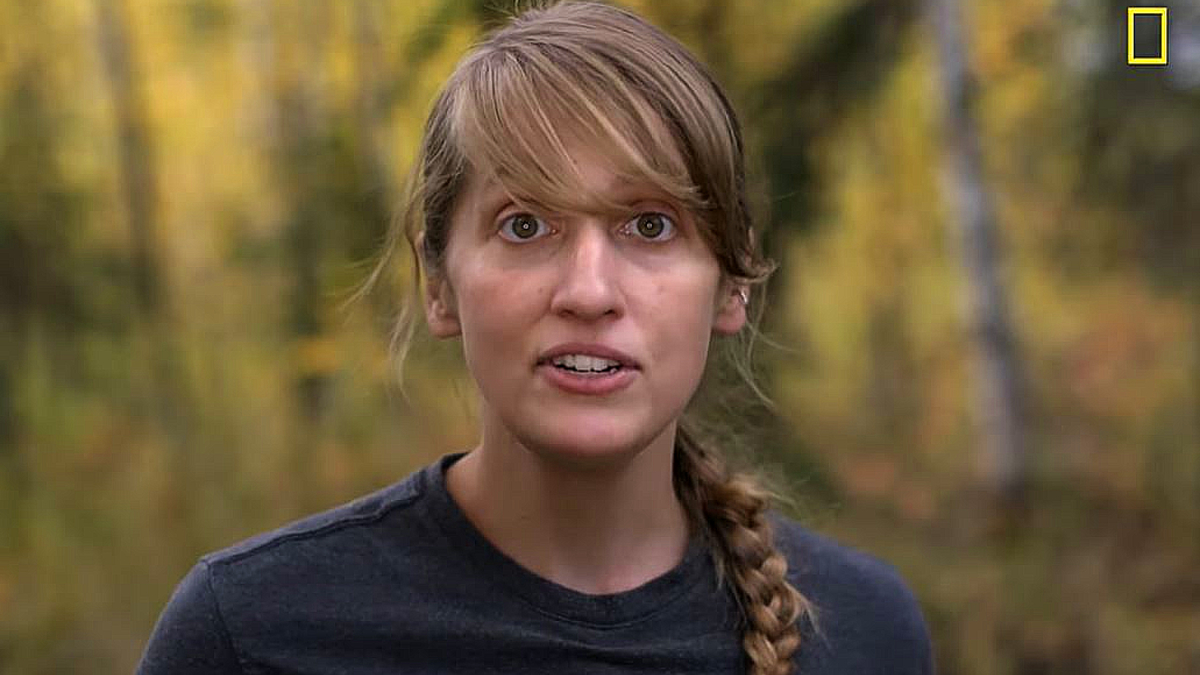 On Tuesday’s episode of Life Below Zero: Next Generation on National Geographic Channel, we have a white knuckle preview for you.  Jessi and Chris Morse are trying to find out what happened overnight as their nearby river has claimed the bank, their fishing lines, and valuable fishing net.

If they cannot catch fish, they won’t make it through the winter. It’s a hairy scene and one that fortunately ends with both of them safe, but lacking any harvestable protein.

Big city living has its positive qualities and perks but that isn’t what Jessi is concerned with at all.  The millennial survivalist tells us in TV Shows Ace exclusive preview posted below that city life is not for her.

The time wasting nonsense of TikTok and other platforms and pressures of a modern existence simply aren’t worth giving up her independence and pared down lifestyle.

Telling viewers about why she is comfortable in the wild, Jessi Morse says: “In town, social media or TV or whoever telling you you need to do these certain things like…I don’t have that type of pressure out here. I have more dangerous pressures. but I will take that every day over the dangers of being in town.”

What happens to Jessi and Chris on Life Below Zero: Next Generation?

The clip opens with two stunned survivalists who want to know: What happened to their useful river bank? Overnight, the waters from up river swelled the flow so that the area that they staked out to drop their fishing lines is now submerged. A valuable piece of their survival gear is now officially MIA.

Jessi and Chris survey the river bank now fully underwater.  Needless to say they are both are shocked.

Chris says: “Whoa. Oh man, look how much this river’s come up overnight.”

They both do the math on their mercurial river and note that it is at least five feet higher than last night. All their hard work from the day prior has been eaten up by swelling Cosna River.

The river is clearly winning this battle as the two strategize. Chris Morse is a man of action and scrambles over to the river bank as a worried Jessi watches and asks how she can help. He answers her quickly. “Stay put!”

When he estimates where the line might be and enters the frigid water, you can hear how he is not going to be in it very long. The temperature combined with the currents equals an unpleasant drowning death if he is not careful, as Jessi points out floating logs and other debris coming his way in the icy waters that can hook on to him and pull him below the surface.

Luckily, Chris finds the line and is able to retrieve a valuable piece of equipment they need to catch fish and survive this coming winter.

During the episode, Jessi weights the pros and cons of living off the grid and the life-or-death pressure of survival.

She is ready to take on the freezing Alaskan winter which is right around the corner as the Morses are not giving up on one of their latest chances to catch fish on the Cosna River. Their methodology will have to accommodate the changing footprint of the river.

The nonfiction series follows self-reliant Alaskans living in a remote community where nature is brutal and unforgiving.

The original Life Below Zero has received 11 Emmy nominations and has won 5 Emmys. Last year, the series received its 4th Emmy for Outstanding Cinematography. Life Below Zero: Next Generation is poised to also become a popular hit and critically acclaimed series.

Tune in Tuesday to see how Jessi and Chris fair with the Cosna River situation: