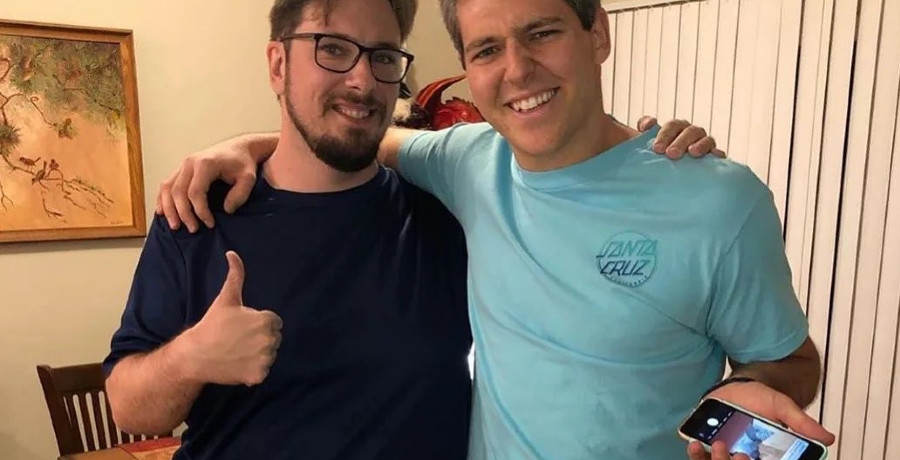 The holiday season may be over, but the gift-giving continues well into January. 90 Day Fiance star Eric Nichols’ belated Christmas present from his brother is perhaps one of the most hilarious gifts ever. And yes, it involves his on-off girlfriend Larissa Lima.

As fans likely know, Eric Nichols isn’t the only 90 Day Fiance star Larissa Lima has dated. In fact, she was actually married to Colt Johnson for a brief period of time. After the divorce from Colt, she moved on to Eric and left Vegas for a calmer life in Colorado Springs.

Both Larissa Lima and Eric Nichols have accounts on OnlyFans, where they share risqué pictures of themselves with fans. So, fans are used to seeing some odd content on Eric Nichols’ Instagram, which he uses to promote his lucrative adults-only content.

In fact, he routinely posts ‘thirst trap’ photos that leave little to the imagination. Fans also don’t need much imagination when it comes to Colt Johnson’s body, since Larissa Lima already told viewers about it.

Earlier this weekend, 90 Day Fiance star Eric Nichols took to his Instagram. He wanted to share with his fans the gift his brother got him for Christmas. In a series of hilarious videos, Nichols reveals that his brother bought him a coffee mug with a photo of Colt Johnson on it. And not just any photo.

The image on the mug is Colt Johnson in very tight, very small swim trunks.

Here is a close-up of the mug sold on Amazon:

Eric seemed amused by the gift in this video he shared on Instagram.

Larissa Lima, Eric Nichols Back Together?

Things haven’t been smooth sailing for Eric Nichols and Larissa Lima. Days before their big move, Larissa Lima was detained by immigration. Then TLC fired her from 90 Day Fiance and franchises due to a steamy video she posted on CamSoda.

In November, the Brazilian beauty confirmed that she was once again single. But in recent weeks, their respective Instagram accounts tease they are back together again, per Screen Rant.

Larissa Lima took to her Instagram Stories to share the mug, which she says was a gift for both her and Eric. During her recent falling out with former friend Jess Caroline (Colt’s ex,) Larissa Lima gave Eric a shoutout. She wrote that he was the only one who was there for her after her recent plastic surgeries.

Even if their relationship isn’t romantic, Larissa Lima continues to live with Eric Nicholas in Colorado Springs. She has mentioned that she wants to move back to Vegas, but has yet to reveal any concrete plans to do so.

What do you think about Eric-ee’s gift of Colt-ee? Would you buy one for yourself or someone in your family?

A new season of 90 Day Fiance airs Sundays on TLC.