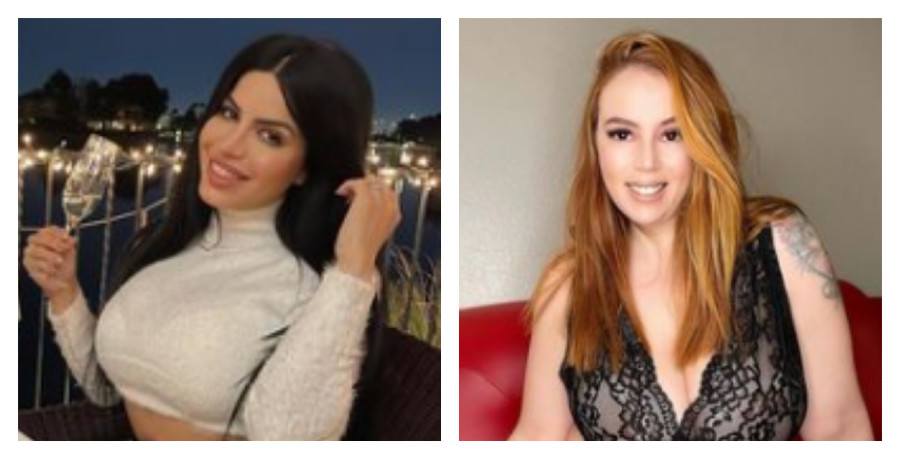 90 Day Fiance alums Jess Caroline and Larissa Lima were one of the most unlikely friendships. Yes, WERE, past tense. The two seem to have had a huge fallout this week. How did the two go from talking about appearing in a spin-off together to only talking via barbs on social media?

Screen Rant reminds viewers that they first met Larissa during Season 6 of 90 Day Fiance. At the time, she left her native Brazil to move to the U.S. with Colt Johnson. The two married in 2018, but their relationship quickly crumbled.

Less than a year later, Colt and Larissa’s marriage was legally over. Even before the divorce was final, Larissa had moved on to a new man, Eric Nichols. Meanwhile, Colt began dating Jess Caroline in the summer of 2019.

On Season 6 of 90 Day Fiance: Happily Ever After?, Jess and Larissa met up for a gossip session. Jess had just broken up with Colt and the two compared notes about their respective relationships.

The Brazilian beauties quickly bonded while bashing Colt. And thus, a friendship was formed. In fact, it was Larissa and another friend, Carmen, who introduced Jess to her future husband, Brian Hanvey.

A week ago, Jess and Larissa were taking selfies together. But based on Larissa’s Instagram Stories, the two had a dramatic falling out in recent days.

The drama began earlier this week when Larissa held her typical Q&A with her fans on Instagram. One fan asked if Larissa still talks to her 90 Day Fiance friend. Without elaboration, Larissa replied with a simple “No.”

But the elaboration would soon follow. Larissa posted a detailed list of her grievances against Jess. For one, it seems she was upset her so-called friend didn’t check in after Larissa’s latest plastic surgeries.

Furthermore, she accuses Jess (and unnamed others) of using her name for “followers and like[s.]” Larissa also seems to take aim at her friend Carmen, accusing her of “talking about” Larissa’s ICE arrest for clout.

As fans may remember, it was Carmen who first shared that Larissa had been detained by ICE.

But that wasn’t the end of Larissa’s rant. She made it clear she was talking about Jess in another post to IG. Popular 90 Day Fiance blogger John Yates shared the screenshot on Twitter of Larissa calling Jess out.

In the post, Larissa DEMANDS that Jess “delete my photos that I took with you for the onlyfans!!!!” Both 90 Day Fiance fans are lucrative on the adult-based social media platform. Larissa recently teased that she was leaving OnlyFans behind after this month.

Is There Hope for the Former Friends?

It seems that Larissa is upset over Jess not reaching out after Larissa’s latest surgeries. Is there any hope for the pair’s friendship? Given Larissa’s wishy-washy behavior, the safe guess is that yes, the former BFFs will make up… eventually.

After all, Larissa is already back with Eric Nichols after briefly splitting late last year. Another good sign is that Larissa deleted all of her Instagram Stories about Jess and replaced them with a new one. She lets fans know that Jess gave into Larissa’s demands. Larissa wrote, “problem solved” because the picture was deleted.

Do you think Jess and Larissa will become friends again? Let us know your thoughts in the comments down below.