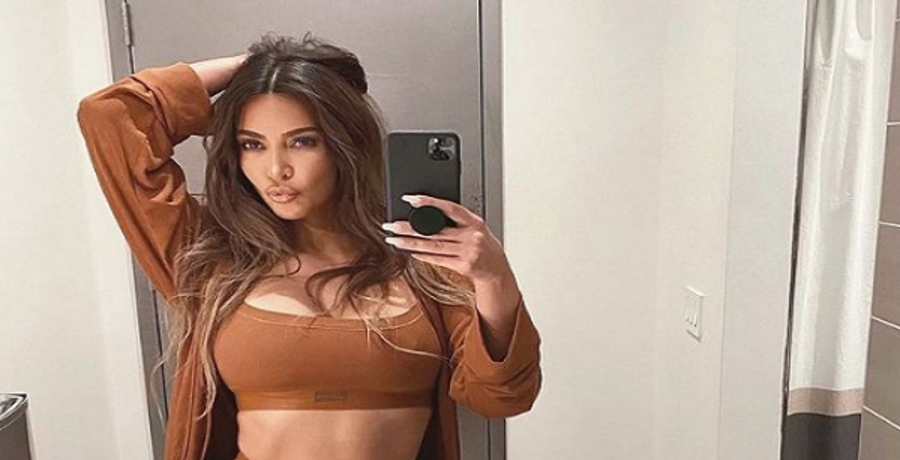 Kim Kardashian doesn’t want to sign the divorce papers yet. Earlier this month, reports surfaced about the couple’s marital problems. But instead of pulling the plug on their marriage, Kim wants to address their problems on Keeping Up With the Kardashians. Though the show is about to end, the family drama still hasn’t.

The rapper is not happy that Kim will talk about their problems on the show. He already wants nothing to do with KUWTK. Kim and Kanye weren’t together during the holiday season. Instead of joining the family at Lake Tahoe, he’s been hiding out at his ranch in Wyoming. So, it’s unclear as to how their divorce drama will play out on the reality show.

Kim Kardashian wants to “dish” about her split from Kanye West

The 40-year-old plans to address her marriage on the final series of Keeping Up With the Kardashians. But Kanye West isn’t happy about it. He feels that their problems should remain private.

“He is less than thrilled,” an insider told Us Weekly.

The “Jesus Walks” rapper has remained at his ranch in Wyoming. Meanwhile, Kim and her four children are at their Hidden Hills, California mansion. Despite the ongoing coronavirus pandemic, Kim and Kanye have been traveling. Kanye was previously spotted in Europe during the holidays. As for Kim, she wants to focus on her career.

“She will continue to focus on her business empire,” the insider continued. “Kim has been in individual counseling and is at peace with where her life is headed.”

Kim and Kanye sought marriage counseling as they “tried to work through things.” But the SKIMS founder is not ready to end things. She has hopes that they can repair their broken marriage. Also, it’s unclear what led them to this moment.

“Divorce has been discussed, but Kim wants more than anything for their relationship to work,” the source said. “There hasn’t been anything specific that happened that led them to this point … They are 100 percent aligned when it comes to the kids.”

Another source added that they are dealing with “regular relationship issues.” They have since ended their marriage counseling sessions.

Family is important to Kanye

Kanye West wants to see his family stay together. Family is important in his life. During his 2020 presidential campaign, he admitted he wanted to bring a “culture of family” to the country.

Per Page Six, the family wants to “go out with a bang.” They want Kim Kardashian to address her marital problems. Due to their “nondisclosure agreement” they can’t say anything since the finale won’t air until later this year. It could be the reason why Kim hasn’t spoken out about the divorce or won’t sign the papers.

Kim and Kanye had a difficult 2020. Kanye spilled many of their personal details during his short-lived presidential campaign. Since then, they have decided to live separately. They continue to focus on their respective interests.

Will you watch Kim and Kanye’s marital drama play out on Keeping Up With the Kardashians? Sound off below in the comments.