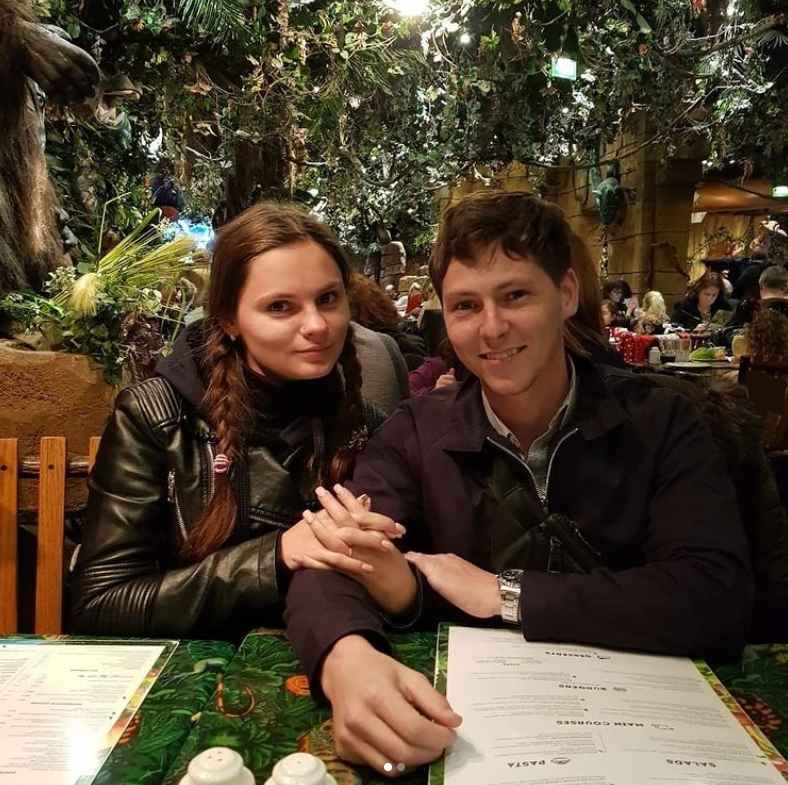 90 Day Fiance star Julia Trubkin has finally reached the last straw. She has had enough of life on the rural farm with Brandon Gibbs and his parents, Ron and Betty Gibbs. In a sneak peek teaser for next Sunday’s episode, Julia picks up her phone and calls Brandon, telling him she wants to leave now and go back to Russia.

Life has been difficult for 90 Day Fiance star Julia Trubkin, 26, in recent months. She has left Russia to move to Dinwiddie, Virginia, to be with her fiancé, Brandon, 27. The couple met online and have traveled in Europe together prior to her move.

The Russian beauty has had enough of sleeping in separate bedrooms due to Ron and Betty’s rules. She also hates spending time alone on the farm while Brandon is at work. What’s more, she hates having to feed all the animals on the farm as a free farm worker, while doing other chores.

Brandon works as a pest control technician all day and spends his spare time doing chores on his parents’ farm. For this reason, Julia is left alone at the farm for most of her day. She is a city girl at heart and hates having to wake up early to do chores. Finally, Julia has got to the point where she just can’t do it anymore.

Trubkin calls Brandon at work, telling him she is done with the sneaking around and wants to move out immediately. While he tries to tell Julia to be patient, she has had it and loses her temper. She tells him she hates the place. Julia says she is “dirty” and looks like a pig and she wants to leave now. She says she doesn’t want Brandon’s parents telling her what to do.

Julia says she has tried

The Russian beauty tells her fiance that she didn’t move to America to clean animals. While she has tried, she says it isn’t working and is making her crazy and angry. On his side, Brandon is clearly shocked by her sudden outburst. He tries his best to calm her down. Basically, she tells him that if they don’t move out of his parents’ house immediately, she is going back to Russia

Julia says, “I want leave now, Brandon. Not today, not after tomorrow, now. If we not go Brandon, I go Russia. You understand this?”

For his part, it is obvious that Brandon is getting desperate, trying to calm his Russian fiancé down. However, how much can you do on the other end of a phone, when your partner is furious and won’t listen? It is easy to empathize with Julia. She has relocated to a strange country where she finds herself stuck on a farm in the middle of nowhere. Can this relationship survive? Readers can catch the full teaser video on ET’s website.

Keep up with Brandon and Julia on Season 8 of 90 Day Fiance on TLC, Sundays at 8 pm ET.