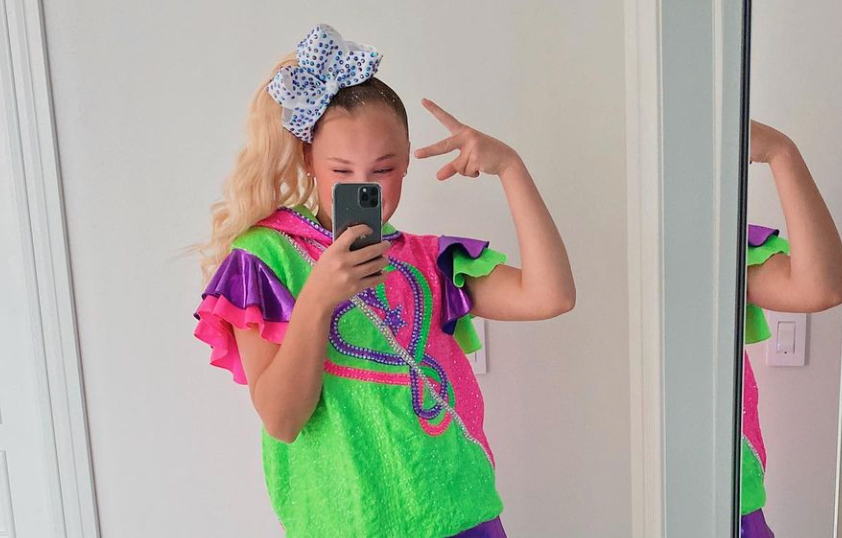 As TV Shows Ace previously reported, it seemed as if JoJo Siwa came out as gay in a recent Tik Tok video. The teen danced and lip synced to Lady Gaga’s Born This Way. Additionally, she was wearing a rainbow hair bow. Immediately after she posted the video, fans began commenting and saying that they were proud of her.

Because of the video, it was assumed that she’s a part of the LGBTQIA+ community.

Along with the first video she shared, she was featured in another Tik Tok star’s video. In this video, she and several openly gay Tik Tok users sang Paramore’s song, Ain’t It Fun. The hashtag pridehousela was used in the Tik Tok as well.

It was unclear whether JoJo is gay though, because she didn’t explicitly announce it herself. So, some fans are taking caution and suggesting not to label the star yet. Now, it’s looking like fans’ first assumptions about her sexuality may be correct. Read on to find out why.

Jayden Siwa is JoJo’s brother. On her Tik Tok where she sings Born This Way, he commented that he’s proud of her. So, fans assume that he’s showing his support for his sister because she came out as gay.

Other popular Tik Tok stars are chiming in too. James Charles writes, “IM SO HAPPY FOR YOU.” Colleen Ballinger, who’s better known as Miranda Sings on YouTube, says, “My queeeeeen love you little sister!!!!”

JoJo is particularly close with Colleen, as well as many other Tik Tok users who are saying they’re proud of her and happy for her in the comments section of her video. Since JoJo and Colleen are close, it would make sense that Colleen would be in the loop on this big announcement.

Fans think that the Tik Tok stars’ comments are good indicators that the assumptions are true.

ok ik there’s a lot of speculation going around rn about jojo siwa possibly coming out bc of this vid and the one w the teen beach movie cast which is very exciting but just a reminder not to label her as anything until she confirms her sexuality 🙂 pic.twitter.com/0SBPaFpOaZ

On Instagram, JoJo posted a new photo of herself. In the photo, the former Dance Moms star is wearing a hairbow with a rainbow on it, as well as a jacket with rainbow-colored chevron details. She writes, “You make me HAPPPPPPPYYYYYYY!!!” 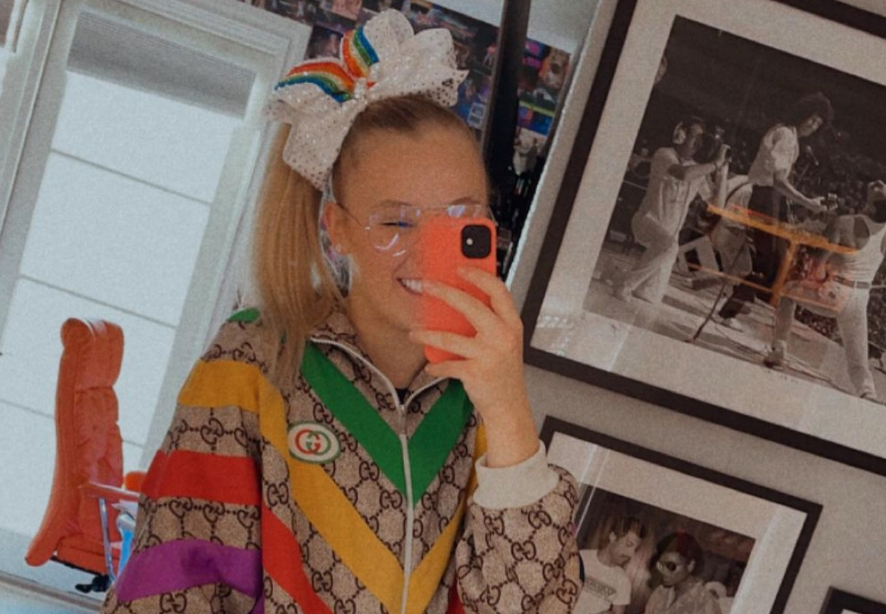 Could JoJo Siwa simply be sharing that she’s an ally?

It’s possible that JoJo isn’t gay herself but is supportive of the LGBTQIA+ community. She might be using her platform to help promote equality.

One commenter on JoJo’s video is convinced that it’s a prank. As of right now, it’s unclear which of these possibilities is true. In the meantime, fans will have to wait for a statement from JoJo herself.

So, do you think there’s enough proof that JoJo Siwa is out of the closet? Share your thoughts in the comments below.