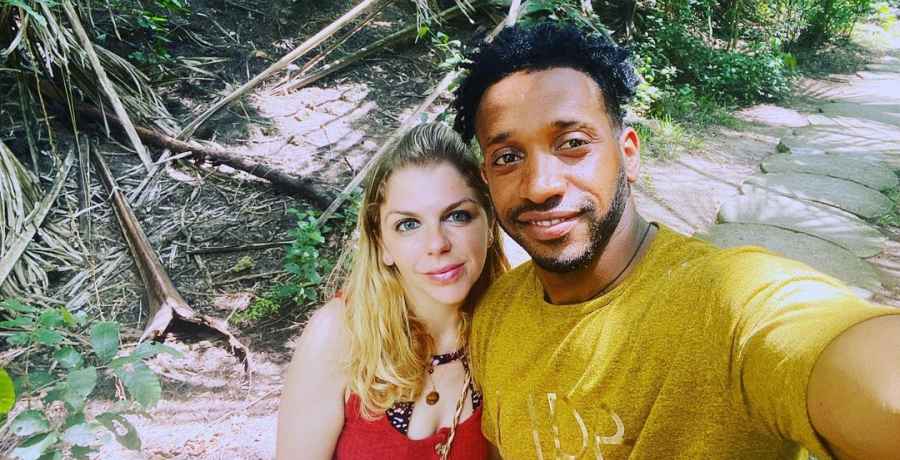 90 Day Fiance: The Other Way star Biniyam Shibre made a heartbreaking post to Instagram on Wednesday. He posted a series of images of his first-born son, Simon, on the occasion of his birthday. The caption was sure to draw a tear or two from fans of Biniyam and Ariela.

Biniyam Shibre first met Ariela Weinberg when she traveled to Ethiopia. She was traveling the world to get over her divorce from her former husband. Biniyam and Ariela soon fell in love and within months, she was pregnant with his son.

Many 90 Day Fiance fans know that Biniyam was married before, to an American woman named Bria. They had met while Bria was based in Ethiopia, working with impoverished children. They had a traditional Ethiopian wedding ceremony and within several months, they were expecting their son, Simon.

Bria had originally hoped to deliver the baby in the States, so they applied for Biniyam’s K-1 visa, but it was denied. She traveled to America to attend her sister’s wedding and remained there after her baby was diagnosed with a birth defect. Bria made it possible for Biniyam to travel to America for their son’s birth on humanitarian parole in January 2017.

The marriage failed, however, and Bria chose to stay in the States with Simon. This broke Biniyam’s heart and he has been missing little Simon ever since.

Biniyam Shibre makes a post to celebrate his son’s birthday

Many fans of the TLC reality show believe that Ariela and Biniyam’s relationship would go the same way as his former marriage. However, so far, despite everything, they are doing well. However, on Simon’s birthday, Shibre made a special post with several images of his son and a heartwarming message.

Biniyam wrote, “Happy Birthday Simon!” He wrote that he loves him and misses him so much. “I always remember you and your laugh, smile, your smell, and your cry.” Despite the fact that he hasn’t seen his son for a long time, he wanted Simon to know that he will always be his father. Shibre wrote that a father never forgets his son. He went on to write that he hopes Simon’s day is special and filled with so much love. Biniyam’s fans were moved by the heartbreaking post. The commented to say, “I hope you get to see him soon.” Another fan wrote, telling him not to worry, he will be with him again one day. Other fans noted how much Simon looks exactly like his dad and there is also a strong resemblance to his second-born son, Aviel. Other fans of Biniyam and Ariela hope that one day she will be able to help him travel to the States and be reunited with Simon. This certainly would be a lovely situation for all involved.