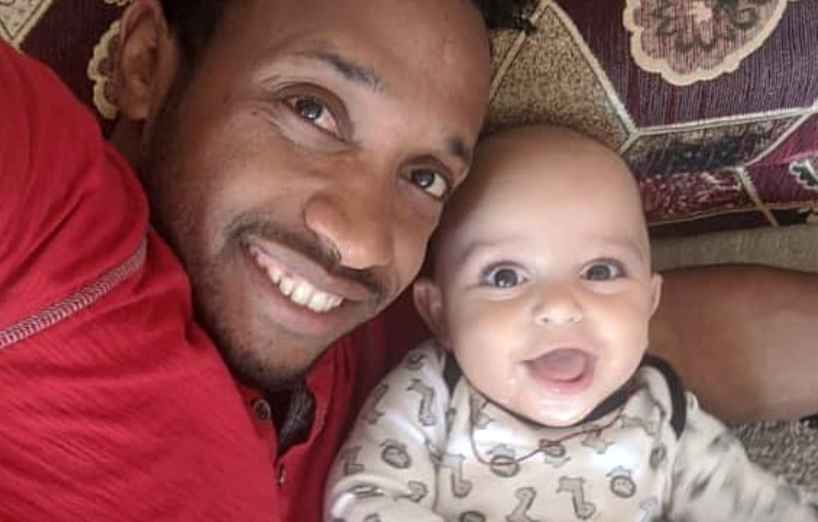 90 Day Fiance: The Other Way star Biniyam Shibre recently shared a new photo of Ariela Weinberg and their son, Aviel. This comes after fans watched the moment they welcomed their new baby boy on the TLC reality show. The couple had bad moments prior to the baby’s birth. However, it looks like this family is in it for the long haul.

Ariela met Biniyam while on a world tour to get over her divorce. While the couple hit it off, she had to return home to America. However, when she found she was pregnant with Biniyam’s baby, Ariela returned to Ethiopia. She decided to be a family with her boyfriend.

Up until the baby’s birth, there were problems relating to finding a suitable home. On top of this, Biniyam’s sisters kept insisting that the baby be baptized into the Orthodox Ethiopian faith. They said without baptism, the baby would go to Hell. This is something Ariela was dead against, as she doesn’t like the talk of Hell.

Luckily, the baby was born healthy and there were no complications. The couple was able to take their son home. A problem cropped up, as Ariela insisted the car should have a baby seat. Meanwhile, Biniyam insisted that in Ethiopia, parents always held their child in the vehicle. The problem was solved by Ariela traveling in Biniyam’s friend’s car, while the proud father was left to carry the baby home on foot.

Shortly after the episode aired, fans took to social media, saying Ariela should have let Biniyam and Aviel ride in the car with her. She responded, saying she wanted to clarify something. Ariela explained that she lived in Argentina for almost seven years. She said she has family all over the world, including Canada, Guatemala, Italy, Spain and Ukraine. The new mom explained that a lot of countries do not insist on car seats for their babies. However, she said that doesn’t make it safe.

As noted by In Touch, Ariela continued, saying that a lot of people were complaining that she made Bini walk home. Moreover, she wanted to clarify the reason for that scene. Anyone who has been to Addis Ababa knows that temperatures are usually around 70 degrees. It is generally sunny, with a light breeze, except in the rainy season.

Ariela continued, “Our house was two blocks walking from the hospital on streets where cars do not pass. But in order to drive home, you would have to take a heavily transited main road. I could not walk home because I had just had a C-section.” In other words, she wanted to do whatever was safest for their baby.

On October 29, Biniyam posted a beautiful image of his family to Instagram. He wrote in his caption, “Your real family are the people who are always there for you through thick and thin.” See the image below.

Recently, Ariela was frustrated. Due to her NDA, she couldn’t share images of her new son on social media. Luckily, now they can both share heartwarming images of baby Aviel and the whole family. Despite the problems they have gone through, it looks like Ariela and Biniyam are still going strong and enjoying life with their beautiful son Aviel.