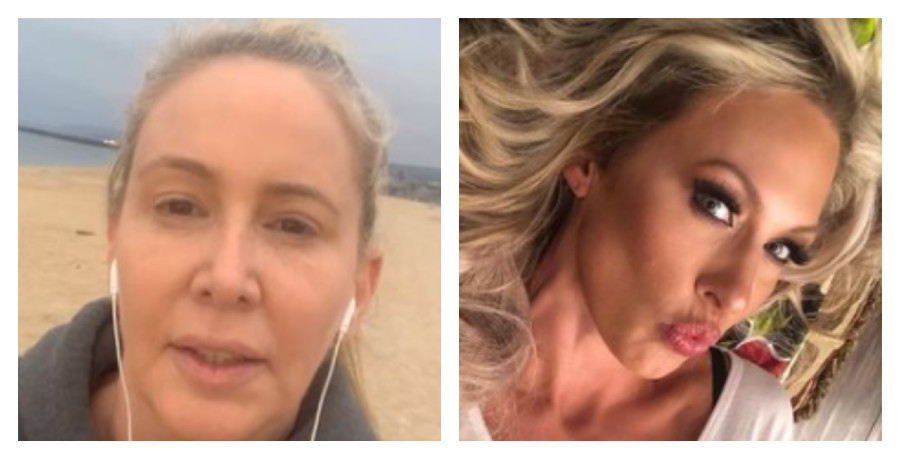 The Real Housewives of Orange County fans are excited about the Season 15 reunion. Last week Bravo released the EXPLOSIVE trailer. After a lackluster season, Bravoholics are craving the dramatic confrontations. However, it seems the trailer sparked a bombshell rumor about Braunwyn Windham-Burke and RHOC co-star Shannon Beador’s family.

The rumor spread like wildfire on social media and Shannon Beador finally addressed it.

On the Season 15 premiere, Braunwyn Windham-Burke made the shocking confession that she is an alcoholic. It came out of the blue for fans, but Bravo unearthed footage from last season of a drunken Braunwyn.

Some of her co-stars were skeptical of Braunwyn’s sudden alcohol problem. As a result, Braunwyn’s personal life became the main focus on Season 15. In addition to being an alcoholic, she revealed in the season finale that she is a “big ol’ lesbian.”

Of course, most fans already knew that because Braunwyn began dating a woman after filming Season 15. She is still married to her husband, Sean Burke, and has no intention of divorcing.

In the reunion trailer, Shannon has a shocking accusation against Braunwyn. She says, “When my daughter Stella was 14 years old, you went up to her and said …” But the trailer cuts off there and the next scene is Braunwyn crying and saying she is sorry.

Suddenly the rumor that Shannon accuses Braunwyn of offering Stella cocaine was all over social media. People reports that Braunwyn told a fan who brought it up in the comments of Braunwyn’s Instagram that she has “no idea” if the rumor is true.

She explained that she was “drinking at the time.”

Many fans took the rumor as true, with one joking that it would explain how Braunwyn can manage 7 kids.

An unnamed source told People magazine that the rumor isn’t true. However, one fan went directly to the source. On Shannon’s Instagram, the fan made a joke about the cocaine rumor. Shannon Beador quickly shut the fan down. She wrote, “No one was ever offered cocaine…”

Shortly before the reunion trailer came out, the RHOC ladies posted their respective outfits on their personal Instagram accounts. In general, Bravo fans were not impressed by their choices. But Shannon Beador’s outfit in particular didn’t sit well with fans.

It seems Shannon may have read some of the negative comments. Hours before the Part 1 of the reunion was scheduled to air, she posted a photo comparison trolling herself. One photo is her in her white reunion dress. The other photo is of Olympic medalist ice skater Nancy Kerrigan

In the caption, Shannon asks “Who wore it best?” She followed it up with the humorous hashtag #notme.

Fans will have to tune in to the RHOC reunion to see what, exactly, is Shannon’s accusation against Braunwyn.

Did you believe the cocaine rumor? Chime in on the comment section below.

Part one of The Real Housewives of Orange County Season 15 reunion airs on Wednesday, January 20th.