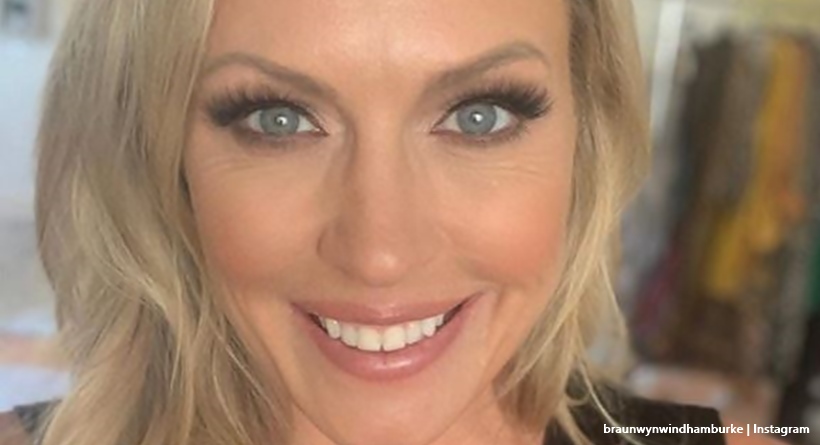 RHOC Reunion comes with a shocker as allegedly, Braunwyn Windham-Burke offered a teen cocaine. The allegation pertains to Shannon’s daughter Stella, aged 14 at the time. The Reunion for season 15 comes in two parts. And apparently, the big reveal comes at the end of the first part. Then, expect the whole grisly thing to air out in discussion in Part 2. Naturally, when the news broke, fans reacted on social media.

We reported that Season 15 of Real Housewives of Orange County ended with Emily and her beach party invitations. Emily and Gina went outside and gossiped away about Shannon and John. Meanwhile, Shannon freaked out at home about her daughter Sophie going to college. Then Kelly and Rick talked about Braunwyn and how much of a better person she is since she stopped drinking. It’s all rather run-of-the-mill stuff compared to the new allegations.

The leaked info about Braunwyn came from All About The Tea. They cited a source as saying that allegedly, Braunwyn offered cocaine to Stella, Shannon’s daughter. And even worse, she offered an intro to her dealer. Well, as you rightly imagine, that set off fans. And, the drama stakes just ramped up for the Reunion. Fans already went off Braunwyn in this season of RHOC as she declared herself bisexual. Critics wondered about the open relationship and her own kids. Plus, fans saw photos of the very young-looking lover on Instagram.

The Bravo Housewives Instagram account shared the reveal about Braunwyn and the cocaine allegations. Certainly, fans reacted with a lot of shock and anger. However, the page noted that the story remains just that for now. After all, the source might not be correct. And, they speculated this might be the rumored bombshell on The Real Housewives of Orange County Reunion.

Naturally, in the comments section, many RHOC fans expressed their anger and disgust at the allegations. Here’s what some of them said about Braunwyn and the cocaine leak:

However, some fans simply disbelieve the story.

In the comments on the post, one Bravo fan mentioned that Braunwyn never denied it happened. In fact, they said that a fan raised the issue with her on her own Instagram. Next, the commenter added, “She claims she was drinking and doesn’t remember it and that she’s made amends for it.”

Actually, many fans think Braunwyn on RHOC seems very strange sometimes. And, one fan summed it up by saying, “That braunwyn is beyond the strangest human.” Do you agree? Sound off in the comments below.

‘Y:1883’: What To Expect From The ‘Yellowstone’ Prequel
‘Days of Our Lives’ Spoilers: Three Ladies Vie For Rafe’s Attention – Who Will Win His Heart?
Farrah Abraham Trolled For Getting The COVID-19 Vaccine
Is ’90 Day Fiance’ Tom Brooks’ New Romance A Ploy For TV?
Rachel Lindsay Of ‘The Bachelor’ And Bryan Abasolo Giving Back To Children