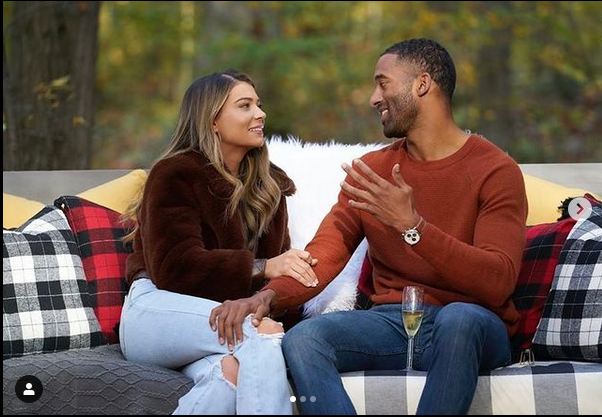 Sarah Trott interrupted Katie Thurston and Matt James’ one-on-one time. She claimed that she had something important to tell him. She explained, “It’s been hard the past two days, and I have never opened up like I have probably with anyone as I did with you on our date. Then to like flip the switch like you did the next day and today what that group date was. It was a lot to process, I guess.”

The star could not handle Matt also dating the other Bachelor contestants.

Other contestants had not yet spoken to Matt. They were suspicious Sarah was uncomfortable about how sexual their group date had been. She said, “I wanted to be the bigger person and let you know I am here. I’m sorry, but I want you guys to hear it from me, not anywhere else.”

Viewers took to Twitter as they watched the show. One writes, “Sarah victimized herself tonight, knowing she’d get another time to talk to him about whatever was bothering her. She’s had plenty of time with him compared to these girls who are at risk of going home because they get robbed of THEIR time.” Her fellow contestants called her manipulative and toxic for her behavior.

Sarah apologized later to Katie Thurston and opened up about her father, who was suffering from a terminal illness. According to the Dailymail, her father has ALS, and she had quit being his caretaker to come on the show. The 24-year-old approached Matt and told him that she was leaving The Bachelor. “I’m sorry, I can’t do this” She was visibly emotional as she complained that the girls did not make her feel welcome. “I hope that your connection with Matt is really strong right now because the rest of your living situation here is going to be horrible,” Kit Keenan said.

The 29-year-old Bachelor Matt was sad to see her go. He said, “When you’re ready, some guy is going to be extremely lucky, even though it’s not me. I have learned so much from you already. What it means to sacrifice and do anything for your family and people you love, and I’m going to miss you.”

Sarah ended up quitting the reality show to go back to her family. Fans commented on an Instagram post from @BachelorNation. One wrote, “There’s a time and place for everything. With her dad’s terminal illness and Sarah quitting her job to help take care of him in his final months/weeks, now was not the time for Sarah to have applied for a spot on The Bachelor in the first place.” Others thought Sarah experienced a lot of bullying while on The Bachelor. As she left, she admitted it was the hardest thing she had ever done.