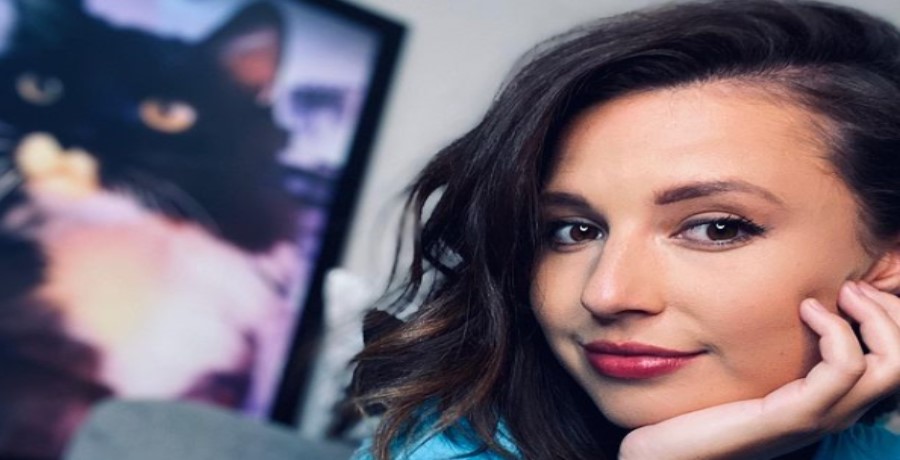 When Katie Thurston went on the Bachelor Happy Hour, Becca Kufrin told her, “Bachelor nation as a whole is a huge fan of you.” Rachel Lindsay asked her how she got on the show. She told her she seemed to really have it together and know who she was. Katie said it shocked her when she got it. The twenty-nine-year-old said she wasn’t the typical contestant. She said, “In the Bachelor world, I’m considered older.” Katie the casting director must have liked her honesty.

Rachel told her, “this is why we like you. Everyone else puts it on someone else, but you are just like I applied.” Rachel asked about having her friends and family watch her on the show. She told the hosts no one was really surprised she did it. Katie mentioned this was the first time her mom had ever seen it, so she didn’t know what to expect.

Rachel Asked Katie Thurston If She Got Nervous About Her Entrance

Katie Thurston memorably became the first contestant to bring her battery-operated boyfriend with her. She presented it to Matt James and then took it back. Katie said she didn’t know much about him but knew he was religious. She said it was a risk because it could have gotten her sent home. Katie said there would have been no regrets. When he laughed she felt a huge relief. It represented her perfectly and the advocation for self-empowerment for women’s sexuality. A healthy attitude about sexuality is something Katie’s fans know she’s passionate about.

She talked to the women after expressing how great it felt to hear them let those feelings out. Thurston also spoke about the interruption by Sarah Trott. Katie said she did wish Matt would have stepped up a bit for her when Sarah interrupted her time. Katie thrilled both Becca and Rachel when she came in and stood in the corner waiting for her turn.

She Answered Questions About The Other Girls As Well

One of the hosts asked Katie Thurston, “why didn’t someone tell Victoria to change her bra?” Katie said you witnessed her response when Marylynn tried to talk to her nicely. She said you can only imagine what telling her something negative would be like. Rachel and Becca concluded she had no friends to tell her about her bra.

Katie said Victoria said those things, there isn’t a way to edit a person that much. Katie said she didn’t notice Matt’s eyes were open when he kissed her. She said he’s a great kisser and she saw Abigail didn’t respond. That surprised her because she said she had a great kiss. In a game with the hosts, she said Victoria would win the best actress on the show. She said Bri would survive a zombie apocalypse. Katie said Kit called her a soccer mom with her fashion.

What do you think of Katie?