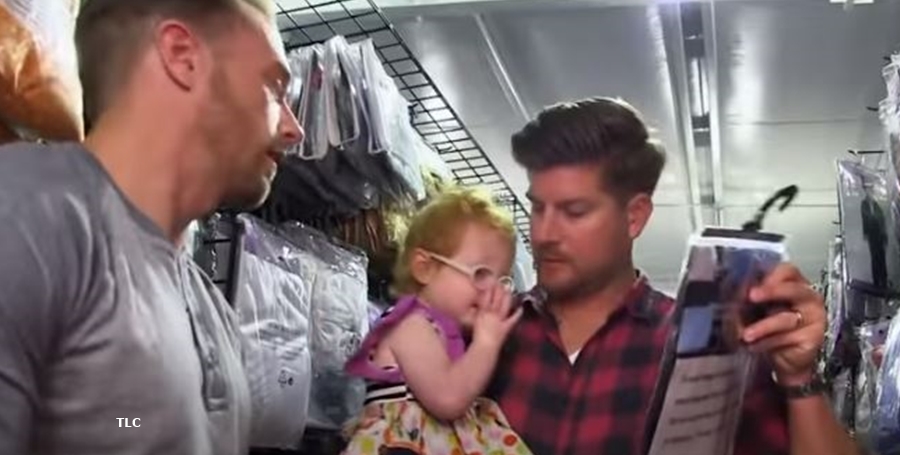 OutDaughtered Uncle Dale escaped babysitting duties with the quints and made off with his friends to the south. TLC fans most often saw him helping out with kids when the quints were still very young. But these days, they need less pampering, so he more often hangs with them for fun. But he’s got a life outside of the show. Now, he and his friends went to Armstrong Ranch in Texas.

Fans of the TLC show love Uncle Dale. He always makes people laugh, And when the Busby kids were little, he lent a helping hand. Adam Bubsy gets along well with his brother-in-law. But he also makes friends elsewhere. And sometimes, he does his own thing with them. We reported in December that he went to a Houston Texans game. There, he said was “treated like Royalty” and he got his own jersey with “Uncle Dale” on it. He enjoyed himself for sure.

Now it looks like he enjoys himself with his friends again. Taking to his Instagram, he geotagged a photo as Armstrong Ranch. His caption read, “The boys are back down south! #lancerentalcompany #campdecandelaria #besties.” One OutDaughtered fan teased Uncle Dale. They said, “Cheating on #adambusby lol.” Some fans teased him about getting his “bail ready.” And another one wrote, “God help the south 🤷🏽.”

In another post, Dale said, “Watch out South Texas, the boys are back in town!” In that post, fans also chatted about his trip. One of them wrote, “You should be helping Adam!” Well, fans know he often helps Adam Busby out with his big brood of girls. But hey, even uncles are allowed some time with other friends.  Another TLC fan commented, “❤️ me some uncle Dale. Where is Kiki?”

However, this looks like a boys’ trip. So maybe Kiki’s back at home with the kids. Another fan commented, “Aw, man. Come to Corpus for dinner!!!😄👍🏼” Well, any OutDaughtered fan would like Uncle Dale to pop around. Lots of fun and laughter would take place, that’s for sure. Fans know this, because even when Adam Busby acts serious, sure enough, Dale Mills lightens the mood with something hilarious.

How does Uncle Dale fit into the OutDaughtered picture?

If you don’t know, Dale Mills married one of Danielle Busby’s twin sisters, Crystal. He and Crystal (aka Kiki), raise two kids, Bronson and McKenzie. Actually, McKenzie and Blayke Busby, close to each other in age, seem like the best of friends. Often, fans of OutDaughtered see the two families gather for vacations and family events. Whenever he appears on the TLC show, fans sit back with their popcorn and wait for the funny bit to start.