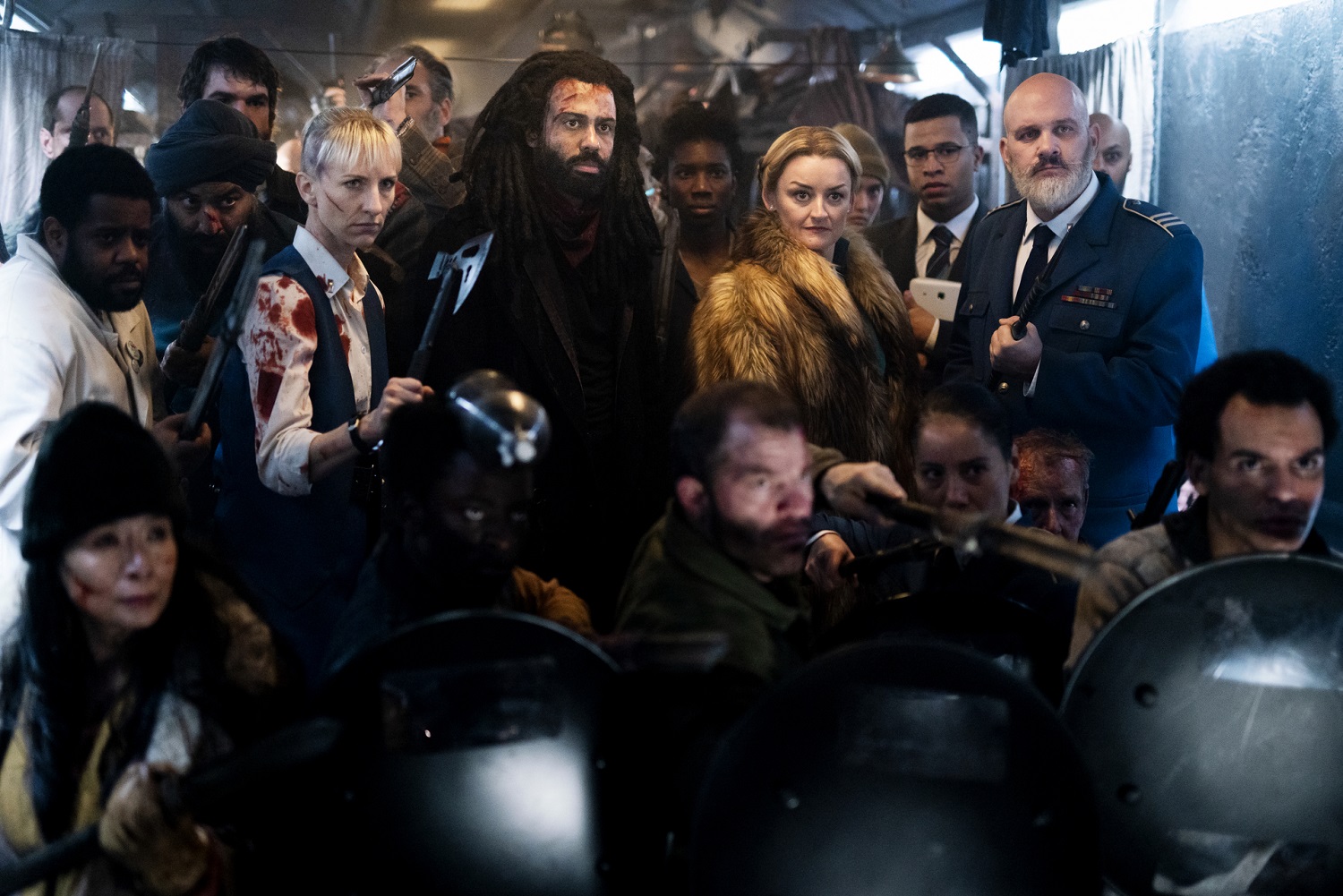 The dystopian future where everything is frozen over will continue. Snowpiercer Season 3 is officially confirmed, and this is before the second season even gets to premiere!

TNT made the announcement via a press release. While confirming the third season renewal, TNT also shared that the first season was the most-watched cable debut in May 2020. The premiere had 3.3 million viewers across both TNT and TBS. The show is still the #1 cable drama series.

The Delays and Changes Just to Get Snowpiercer Season 1

There is no doubt plenty of fans of the original graphic novel series and the movie starring Chris Evans wanted to see the series. However, it went through long delays, showrunner changes, and network changes before the first season premiered. That network change? Only starting on TNT, moving to TBS, and then moving back to TNT.

Changes like that could destroy a lot of projects. The benefit of this one was the fanbase going into it, and WarnerMedia arguably knew that.

Snowpiercer Season 1 had mixed reviews. The good thing about the season was knowing Season 2 would happen. Due to the delays in filming and getting the season, TNT renewed the series ahead of the premiere. Filming could follow off the back of the Season 1 finale, allowing for a short wait for Season 2.

That season is set to premiere on Monday, Jan. 25 on TNT. It will air the following day on Netflix internationally.

Season 3 Can Start Filming Right Away

The good thing about the early renewal is getting everyone back to work quickly. Concerns about delays between the second and third seasons are normal considering the delays to the first season. The early renewal allows the writers to get straight to work. Keeping production to a minimum is important during the pandemic when future delays could happen.

Early renewals may also help higher ratings. Viewers like knowing a cliffhanger finale will be revisited. They are more invested in the series when that happens.

TVLine reminds everyone that at this point in the story, viewers learned that Wilford hadn’t died in the cold after all. He’d made it to Big Alice, a second and much larger train. On top of that, he has Melanie’s daughter, Alexandra, who Melanie had left behind. The train, which is now 994-trains long, just got control and now Wilford is back and looking for revenge. Layton is already struggling with leading. It’s going to be much harder going up against Wilford.

Will Wilford take control by the end of Season 2? Will Melanie and Layton find a way to work together to take down Wilford? Fans will have to wait and see.