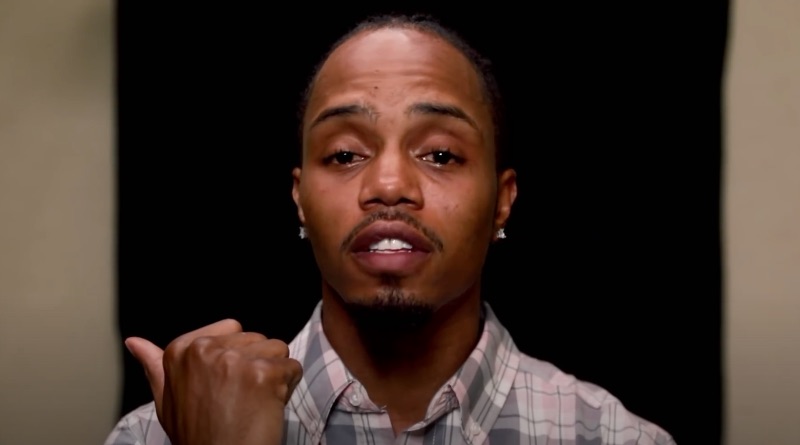 Love After Lockup cast member Michael Simmons deals with a lot of drama with Sarah Simmons on the spinoff season. But are he and Maria still an item?

Whenever Michael Simmons and Sarah Simmons are in the same space, drama surely follows. And things are no different this time around on the Love After Lockup spinoff. Meanwhile, there’s added tension because Sarah’s new boyfriend is in the mix. In addition, even though Sarah has seemingly moved on, things with Michael Simmons still linger in current episodes.

In the most recent episode of the Love After Lockup spinoff, Life After Lockup, Michael and Sarah get into another verbal argument in a parking lot. Sarah accused Michael of not respecting her. And she went down a long list of things she did as a single parent for her girls without any help from him. Meanwhile, she eventually storms off and leaves with her kids.

Maria Still in the Picture?

On Life Afte Lockup, Michael Simmons even missed court after a wild night with a female friend. On the show, he certainly carries himself like a free agent – and seems to enjoy the single life. But based on the latest pics from an Instagram page he shares with Maria, they seem to be rather cozy still.

On their shared Instagram page, there are a handful of photos of the pair cozying up to one another. And along with the photo set, one of the captions reads: “sometimes the heart sees what is invisible to the eye”. Certainly, even after all the drama, it looks like the pair are still an item. And as a bonus for Michael Simmons, he is out of jail following his most recent arrest.

More Drama Ahead for Estranged Love After Lockup Couple

Interestingly, Malcolm says in spoiler clips for the Love After Lockup spinoff that he and Sarah Simmons “were on a good path” until Michael came back into the picture. In addition, Michael said in previous episodes that Sarah would leave anyone she sees if he forced the issue. So it’s certainly worth watching this situation to see how it plays out in future episodes.

Moreover, if Michael and Maria are back together officially, whether or not that plays out in future content is another thing to tune in for. Either way, there is currently a lot of moving parts in this storyline.