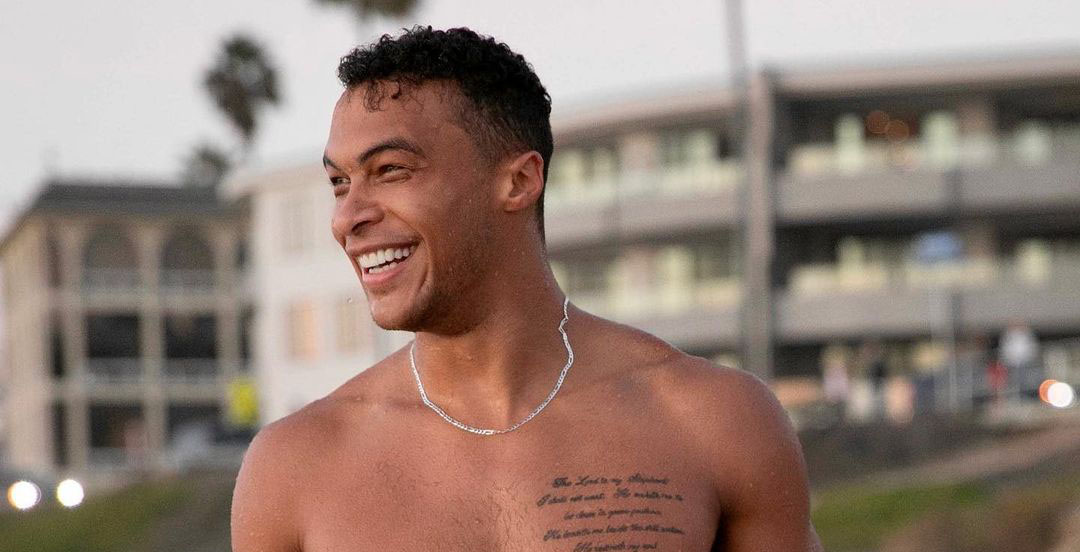 It seems lately, that The Bachelorette’s, Dale Moss, has everything going for him. He did get the girl (Clare Crawley) after all. However, with his latest Instagram post, it’s evident Moss hasn’t forgotten where he came from.

Dale Moss has been making headlines since becoming one of the leading men in Clare Crawley’s season of The Bachelorette. Pretty early in Clare’s season, it became evident that the two were going to end up together, thus making for a quick exit from the show.

However, headlines aside, Dale Moss gives fans an intimate look into his past. Moss kicks off the weekend by sharing a Polaroid photo on his Instagram. There’s no mistaking who is in the photo. In script handwriting under the photo, it reads, “Mom, Dad & Me.” Who is assumably Moss’ mother is standing behind his seated father. It appears that baby Dale is only a few days old. Unfortunately, there really isn’t any way to tell Moss’ exact age in the photo.

While the photo itself, is adorable, Clare Crawley’s man, Dale Moss, takes things to the next level with his lengthy, thought-provoking caption. He begins the post by explaining that he was “scrolling through some old pics.” Apparently what drew his attention to this particular photo is the fact that his parents are close to the age he is now (32-years-old). “Crazy to think my parents were damn near the same age I am now when this picture was taken,” writes the former professional football player.

And the sweetness doesn’t stop there. Dale Moss goes on to share some of the circumstances of his family at the time of this photo. He explains that they were, “Broke as sh-t, but happy as hell.” According to him, it didn’t matter that they “didn’t have much.” Furthermore, what matters is that they “had another.” In a pretty poignant closing statement in his caption, Moss writes, “Life can be simple we just tend to over complicated it.”

Fans react to the throwback photo.

Heartwarmingly, Dale Moss’ throwback photo and message brings out a lot of sweet messages from his fans. Many of the comments mirror the sentiment that he is a good man. Several fans relate to the circumstances Moss grew up in. They explain that they didn’t know they didn’t have much growing up, because their parents made sure they had what they needed.

What do you think about Dale Moss’ throwback photo and caption? Let us know in the comment section below. Make sure to come back to TV Shows Ace for more news about The Bachelor and The Bachelorette.

Todd Chrisley Debunks Lindsie Bombshell: Wait, She Was Involved?!
Jackson & Lilah Roloff Encounter ENORMOUS Beast At County Fair
No Longer Boy Crazy? Scheana Shay Gets The Life She Wants
‘Uncoupled’ On Netflix: Release Date, What We Know Right Now
‘When Calls The Heart’ Season 9 Has Started Filming: All The Details