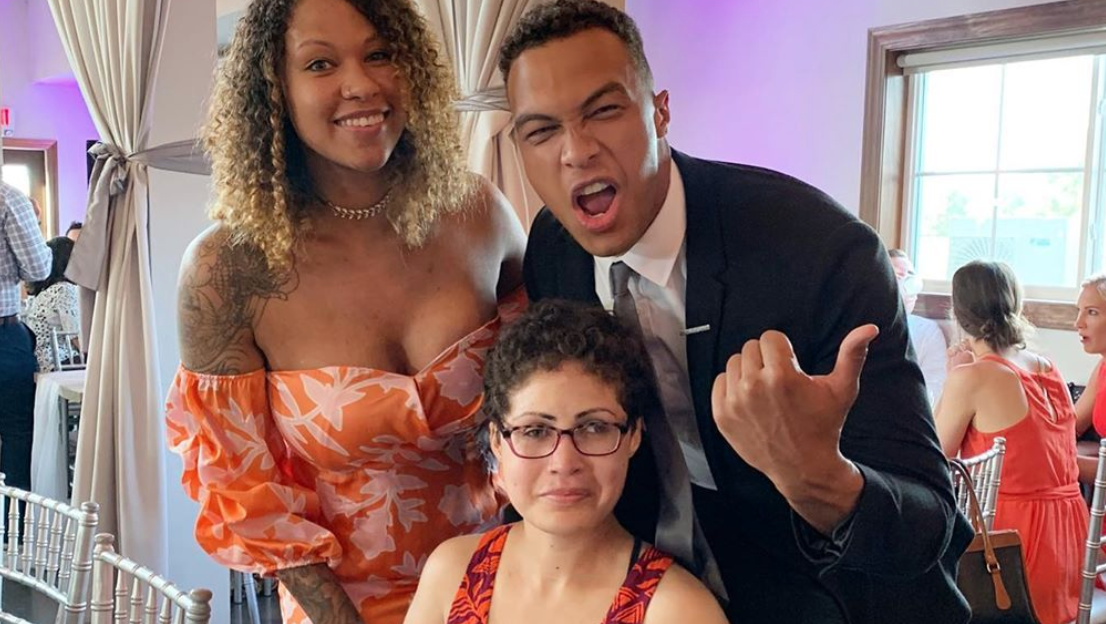 Dale Moss has been getting a lot of attention this season, mostly because he has stolen the whole show. Now, fans are getting an inside scoop on his family members.

Us Weekly released a breakdown of all of Dale’s family. It seems like he is pretty close to them. He is constantly posting on social media, especially with his sisters.

This month, Dale paid tribute to the whole bunch on his Instagram.

“Meet the fam! #family,” he writes on the post.

Back in January, Dale paid tribute to his parents – who were an interracial couple.

“40 years through the fire. When the world said no. They said yes. To love. To family,” he writes. “Thank you for sacrificing so we could live, dream and love. Your son. – Baby Dale.”

Unfortunately, Dale’s mom passed away a couple of years ago to which he says the relationship with his family is different but ‘stronger.’

Us Weekly notes that Amber has an intellectual disability and inspired Dale to work with the Special Olympics a few years ago.

“After speaking with my older sister Amber on the phone last night I couldn’t shake this heavy sense of gratitude that’s definitely carried over to today.

All of my sisters have been some of the strongest, most consistent forces in every phase of my life since I can remember and I couldn’t be more proud of the women they’ve become.

I love y’all. Till my last breath. #Family,” he writes.

Dale’s time on the show

Things on the show currently are going both great and terribly for Dale. Fans saw on tonight’s episode of The Bachelorette, it would seem that he and Clare Crawley have a super genuine relationship. The two seem to really like to be together and are always trying to be close to each other.

In tonight’s episode, it seems like the men were getting pretty frustrated with how much time Dale was getting. He got to spend an hour with Clare in her suite. Of course, they were not just talking.

Now, it seems like the other men may be wasting their time. Of course, Clare doesn’t stay in the role forever, and soon it will be time for Tayshia Adams to take over the spot as The Bachelorette.

Are you excited to see Clare and Dale together? Or, do you think her relationship with Dale Moss is annoying right now? Let us know what you think in the comments.

Come back to TV Shows Ace for more news on your favorite Bachelor and Bachelorette stars, and be sure to watch new episodes every Tuesday night.