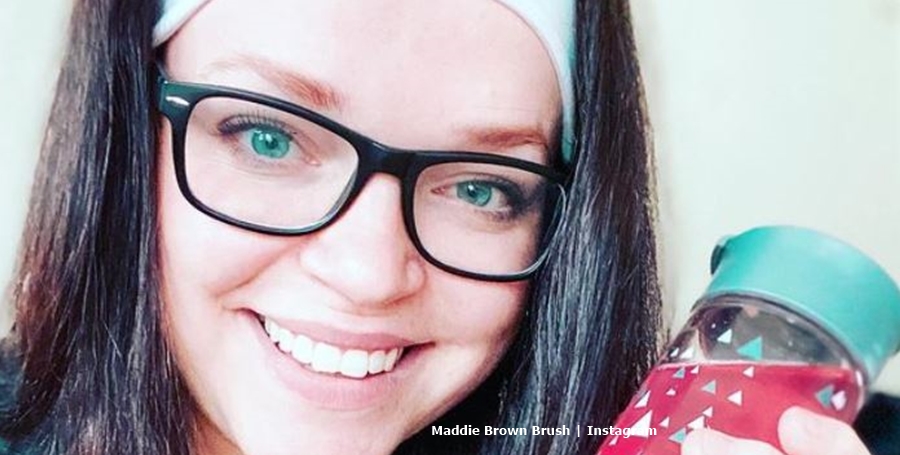 Maddie Brown went off Instagram for a few days. And when she returned, she spoke about God and “humility” and intent. Although she spoke about being “intentional,” she didn’t elaborate on the humility lesson. The bit about intent came when she shared her goals for 2021. And since then, Maddie said it’s been quite hard for her,

We reported on January 7, that the Sister Wives star shared her New Year goals.  She planned on being “more intentional with her time, her health, her purchases, and her living space. She’s leaving nothing to chance.” Well, that seemed like a rather lofty goal. Was she planning on taking total control over every little thing? Possibly, she learned that sometimes, people simply can’t control everything. And she feels that perhaps God told her to take a seat for a bit.

In her post on Saturday, Maddie Brown said she took “a step back for this first part of 2021. 🥳.” Then she said, “Apparently God felt I needed to head into 2021 with a reminder of humility before I started on intentional.” It sounds like this last week came with some hardship. But the TLC star explained that she knows everyone goes through this sort of thing. “So, to anyone else who needs it today, it’s ok that it was/is/has been hard. You are still rocking it! 👏🏻👏🏻👏🏻,” she added.

Over the lesson, hardship, or whatever troubled her, the Sister Wives’ star turned her mind towards practical things. She ended by saying, “Now I will be stepping into the mountain of laundry that accumulated as I was reminded I am still human and it’s ok to take a step back.” And lots of fans relate to what she said about learning humility and intention. So, many of them told her she’s a very good person.

One fan said to Maddie Brown that they also started off the year badly. They wrote, “I started the new year by falling down and fracturing my ankle! Hurray! 🙏💜.”

Then another fan noted, “Self care is soooo important for mommas of littles! Take good good care of you! 🥰.”

This comment also came in: “Big virtual 🤗 As the song says “ Life Is A Roller Coaster. “ Every day is different. This last year has been soo tough. We all need to take a break regularly. Blessings to u & all ur family. Greetings from Ireland ☘️☘️☘️☘️☘️.”

Plenty of other people told Maddie Brown, “you got this,” and others said they love her so much. Actually, Maddie fast became a fan favorite on the TLC show when her little girl Evie arrived. She and Caleb faced some difficult decisions with her FATCO syndrome.