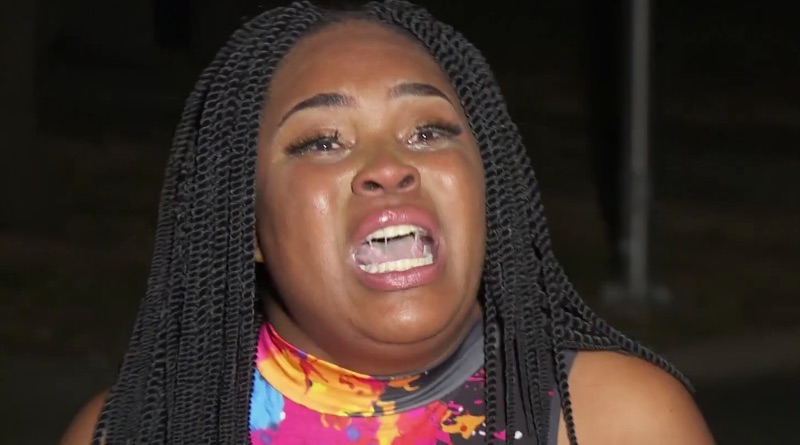 Life After Lockup spoilers show Shavel Moore prepares for a wedding, but it doesn’t look like everything goes according to plan. She and Quaylon Adams are at odds in current episodes. Can they work things out on the way to the altar?

Life After Lockup: Shavel Moore Prepares for a Wedding

Life After Lockup spoilers for the rest of the season reveal Shavel Moore preparing for a wedding. She has a wedding dress on – and it looks like she is ready to walk down the aisle. It’s safe to assume it will be Quaylon Adams waiting at the altar. But with the way things currently are between them in episodes, it’s a complicated situation.

Things went from bad to worse for this Life After Lockup couple when Shavel Moore discovered messages from another woman on his phone. And since kicking him out and sending him back to Houston to live with his relatives, Shavel went out on a date with another man. And even though she said she still loves Quaylon Adams, they’ve got a long way to go in terms of fixing their relationship.

Things Go from Bad to Worse

Things start off in upcoming Life After Lockup episodes with Shavel Moore smiling big. But teasers say things take a turn for the worse. Later scenes show Shavel raging at everyone around her. And on top of that, she yells at production to “cut” all the cameras. So there’s certainly some big drama ahead.

Life After Lockup spoilers for the season end with Shavel Moore in tears. And it even looks like flashing police lights in sneak peek clips. So the police may get involved if things get too heated – and it certainly seems like that’s the case.

Does the Love After Lockup Couple Make it?

Even though there’s a lot of drama ahead on Life After Lockup for this pair, it looks like they overcame their obstacles as a couple in real-time. Shavel recently wished Quaylon Adams a happy birthday. Meanwhile, she had some sweet words for him to go along with the birthday wishes.

For the most part, there aren’t many updates with both Shavel and Quaylon on her Instagram. But that could be strategic to try and keep their relationship status under wraps until the current spinoff season of Life After Lockup wraps. Either way, based on sneak peeks, it looks like it will get a lot worse for these two before it gets better. And that’s certainly something to watch.