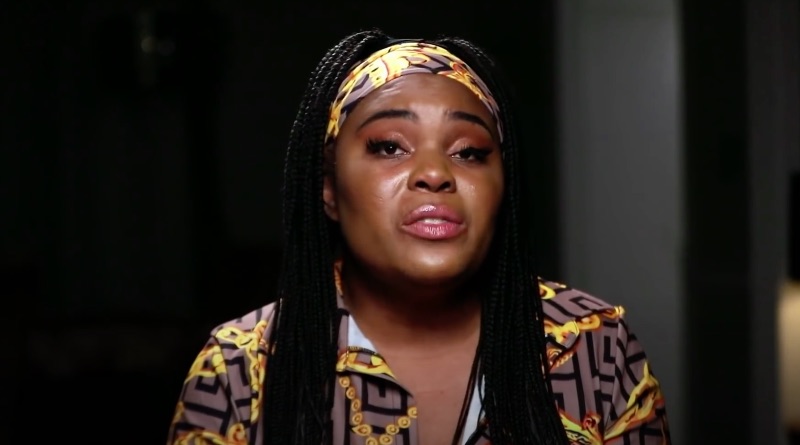 Love After Lockup celeb Shavel Moore recently showed it all. And she offered her fans an intimate look at her without all the glitz and glam. Meanwhile, she even had her daughter to help.

Love After Lockup: Shavel Moore Shows Off a Different Side

When viewers see Shavel Moore on the Love After Lockup spinoff, she’s usually all made up. She has her hair braided. And she even has her makeup and jewelry on. But in a recent post she shared, she didn’t have any of the things that watchers are used to seeing from her.

Turns out, she was getting her hair done – and she even had her daughter to help her. Love After Lockup followers remember Shavel calling her hairstylist friend to do Quaylon Adams’ hair when he first got out of the clink. And even though she could have called her friend this time around, it looks like she decided to keep things in-house. 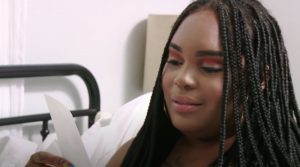 Love After Lockup celeb Shavel Moore looks unrecognizable without any makeup on. Still, she isn’t afraid to show that side of her. And she shared a few Instagram clips for all her followers to see. Moreover, you can see her daughter blowdrying her hair in the background. Certainly, it looks like the mother and daughter had a lot of fun spending time together.

While all of this went on, Shavel Moore and her daughter vibed to some tunes. And it looks like a mother and daughter bonding moment for the pair. In addition, Shavel’s daughter seemed to have a big task on hand doing her mother’s hair. Shavel joked that her little girl complained about it.

Even so, it looks like everything went according to plan based on updates from the Love After Lockup star after she finished with her hair. Turns out, she went jet black. So, she covered up some grays while also showing off her new do. 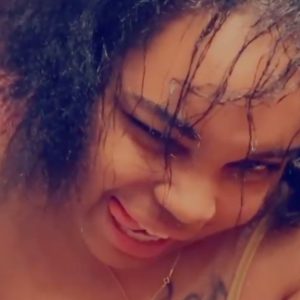 Love After Lockup: Relationship with Quaylon Still on the Rocks

In current episodes of the Love After Lockup spinoff, Quaylon Adams and Shavel Moore are still on the rocks. Shavel went out with another guy. And she said she liked the way he treated her – even though she is still in love with her convict boyfriend. And she headed off to a getaway to meet someone too.

As for Quaylon, he knows he made a mistake with Shavel Moore. On top of that, he wants to make things right between them. And even though it looks like they’re together in real-time, they still have a lot of things to work through in current episodes of the WEtv spinoff. So, how they work through their issues is certainly something to watch as the season moves forward.