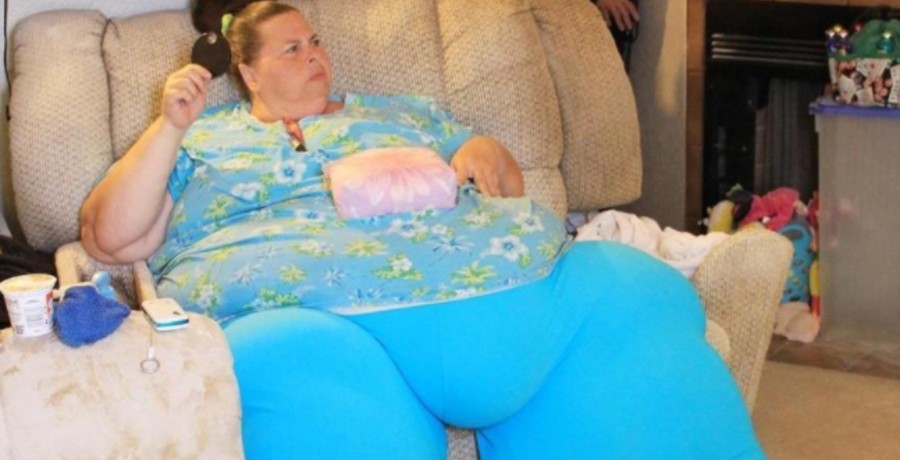 My 600-lb life reality star Pauline Potter premiered on the popular show when she sought help for her weight. Depending on her adult son to take care of her, Pauline wanted a better life for her only child. She pushed back against Dr. Now through the whole show but she did make progress. Fans want to know if she finally dropped the weight or if she still depending on someone else to take care of her.

She needed Dr. Now’s to help

Premiering on My 600-lb life, Pauline Potter knew she needed Dr. Now’s help in shedding some weight. Weighing in at 643 lbs, Pauline was named the World’s Heaviest Woman Alive in the 2011 Guinness Book of World Records. She was depending heavily on her adult son to take care of her and to do everything around the house. Pauline admitted that her weight had been holding her back from living life the way she would like. “I feel like I’m dying every day. The biggest highlight of my day is eating.”

Dr. Now met with Pauline in his Houston Texas office and it was apparent she was going to fight him at every turn. He put Pauline on a strict 1200 calorie diet but she protested. Dr. Now ordered hospitalization for Pauline, so that her food consumption could be closely monitored. However, for a short time, things did turn around for her, and she was able to lose 44 lbs. Which influenced Dr. Now’s decision to approve her for gastric bypass surgery. It was clear that she could not kick her addiction. Ultimately she gave up on Dr. Now’s program altogether and went back to her old eating habits.

Add in another addiction

In an article by Cinamaholic, we hear that Pauline had another problem with a different addiction. During her first follow-up Where Are They Now episode, she revealed that she couldn’t keep the weight down and she had a painkiller addiction. “That fat girl in me is still there,” she said. “The doctor fixed our stomachs, but he didn’t fix our minds. I have to keep fighting.”

A positive update for the mother of one

Finally, after many years, Pauline started to take her health seriously. Her weight was finally going down and it seems that she’s made some serious progress! Pauline had lost a massive 300 pounds so far. She’s able to move around much easier and she can even do things around the house. Giving her son more freedom to live independently from his overbearing mother. We wish them both all the luck and hope that the progress continues!

Courtney Waldrop’s SPECIAL Sign From God, Life Has Never Been The Same
‘DWTS’: JoJo Siwa’s Dance Partner Injured – Are They Quitting The Show?
Teresa Giudice & Kyle Richards Post Selfie Teasing Peacock’s ‘RHUGT,’ So Why Is Teresa Is Getting All The Attention?
‘General Hospital’ Does Peter August Have An Evil Twin?
Erika Jayne Takes Full Credit For Historic ‘RHOBH’ Reunion – Here’s Why