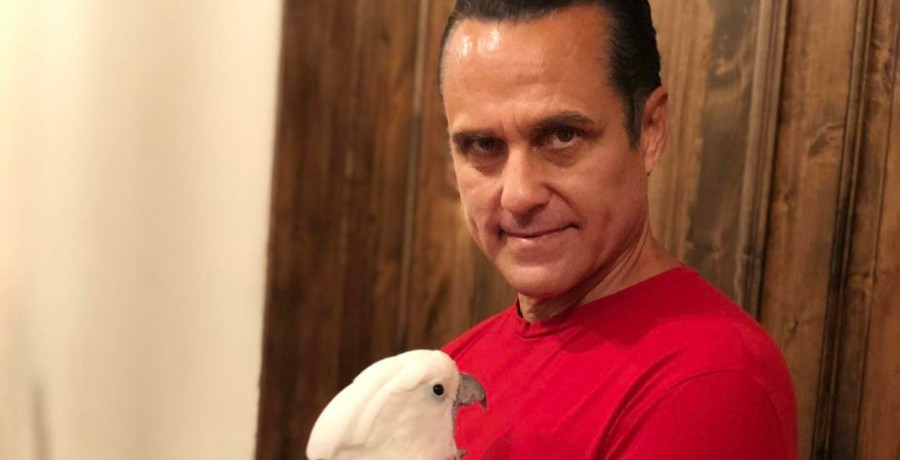 Sonny Corinthos may be presumed dead, but his portrayer Maurice Benard is alive and kickin’. The always-dapper soap heartthrob is sporting a new look that fans love. Many General Hospital groupies hope that Sonny will keep the new look once he returns to Port Charles. Oh, spoiler alert: Sonny’s not dead, but his loved ones in P.C. don’t know that.

Maurice Benard’s first foray into soap operas was with a role on All My Children. He played Nico from 1987 to 1990. After a three-year break, the actor joined General Hospital in what would be an iconic character for the soap. Maurice Benard has played mob boss Sonny Corinthos since 1993, minus a short break in ‘97/’98.

As Port Charles’ reigning mob boss, Benard usually keeps his black hair slicked back when playing Sonny. However, like many other soap stars during the pandemic, he let his natural hair take over. And fans absolutely LOVE the salt-and-pepper look on the multi-talented actor.

Maurice Benard first gave fans a taste of the true Silver Fox he is during the summer when everyone was in quarantine. When GH resumed production, Benard went back to dyeing his hair. However, the soap is on filming hiatus and it seems so are Benard’s appointments with his hairstylist.

The soap star’s salt-and-pepper look isn’t new, but it seems fans are just now taking notice. On a post celebrating the new year, Maurice Benard had a very important question for fans: beard or no beard. In the accompanying photo, Benard rocks a mostly silver beard and a grey head of hair.

As soaps.com notes, fans were divided over the question. But to Maurice Benard, there was a clear winner. Earlier this week, he put up a new photo with the results of the poll. The new photo sent fans into a tizzy over his sizzling good looks.

He wrote, “beard wins by a landslide.” But hordes of fans took to the comments to weigh in not on the beard situation, but on the grey hair. While we didn’t take an accurate count, it’s safe to say that the majority of fans LOVE Maurice Benard venturing into the Silver Fox territory.

Some of the comments include:

But there was one comment we agree with the most. Maurice Benard’s photo left the follower so speechless, they could only resort to emojis:

Do you agree with other General Hospital fans that Maurice Benard is a dashing Silver Fox? Do you prefer him with a beard or clean-shaven? Let us know your thoughts in the comments below.