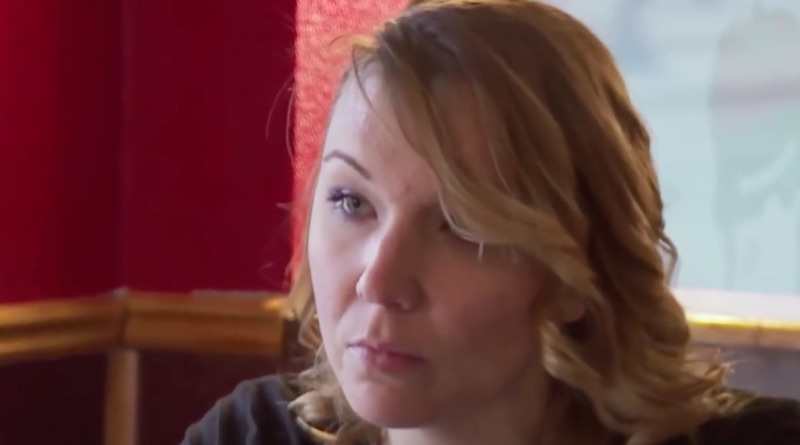 Love After Lockup cast member Chanda Curls looks much different now than when she filmed the WEtv show with Tyrice. She kicks her New Year’s resolution into high gear – and she really melts the pounds.

On the most recent Love After Lockup season, Tyrice wasn’t shy about what he liked about his inmate girlfriend. From the very beginning, he made it clear that he liked her “booty”. Meanwhile, she certainly had on a few more pounds when she filmed their season for WEtv.

As Love After Lockup viewers know, Chanda ghosted Tyrice on the show. And it seems like she’s onto better things since filming with him. In addition, it seems he moved on with a new woman, too. So one way or another, they both moved on from their time together.

Chanda Curls did a lot since kicking Tyrice to the curb. And one of the more noticeable things is shedding the pounds. Chanda had some extra pounds on her when she got out of the clink. But now, she puts in the hard work to melt the fat. And based on the latest post from the Love After Lockup star, her hard work really pays off.

With the new year in full swing, a lot of people use this time to make resolutions. And this is especially true after the kind of year 2020 was. And in Chanda Curls’ case, she is sticking to her goal to drop weight. Chanda said in her most recent Love After Lockup update that she is “setting and accomplishing goals”.

Turns out, the Love After Lockup celeb is down seven pounds since the previous week. And anyone who has dropped a significant amount of weight knows that’s a really good number. Whether or not she sticks to her new routine will definitely be something to watch. But so far, she’s off to a great start. In addition to a photo, she captioned her latest update with the hashtags “motivated” and “positive vibes”.

Love After Lockup Star Focusing on Herself

Since her time filming Love After Lockup, Chanda Curls focuses on self-improvement. As viewers of the show know, it’s easy for former felons to fall back into bad habits. This is especially true for things like drugs. And a lot of the time, former cast members are arrested with new charges. But in Chanda’s case, she seems to do well for herself since her last stint behind bars.

One of the other perks of being back on the outside is spending time with her two boys. She often shares fun updates with her kids. And many viewers are glad to see she does well – especially with this new fitness routine.

What do you think about Chanda Curls’ weight loss ambitions? Let us know in the comment section below. Make sure to tune in to TV Shows Ace for more news about your favorite reality television stars.