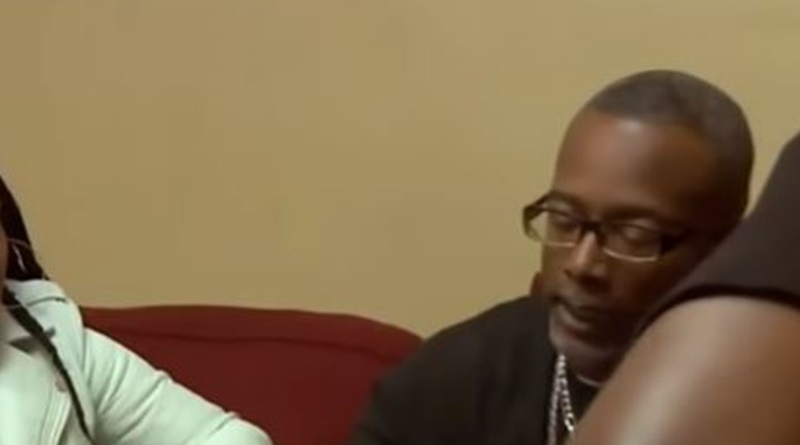 Love After Lockup premiered the new season on July 17. On Friday night’s episode, fans finally saw Tyrice on the WEtv show. The Army veteran and engineer, aged 49, thinks he’s a bit of a “hot commodity,” fans noted. And, he’s after setting up for life with Chanda, aged 28. Chanda’s in prison but due release. Did they work out? Note – Spoiler Alert!

Love After Lockup – Tyrice and Chanda – chances of making it?

Fans of the show already brought out their initial opinions of Tyrice and Chanda. They think that Tyrice thinks he’s hot property and Chanda should be overjoyed about spending her life with him. But, fans think he’s not as hot as he thinks. One fan wrote, “Tyrice look like those older men that act & think they young. The ones that try to holler at women close to his kids age & say “Excuse me Lil Miss these young cats can’t treat you like an old OG like me” or something like that.”

Another Love After Lockup fan noted, “Tyrice said he is a ‘hot commodity’. He looks like he lives in a motel room, drinking out of 99¢ tumblers and likely eating out of styrofoam containers. Move around, man.” And, another person predicted a bad outcome. They wrote, “Why couldn’t Tyrice find him a local woman instead of an inmate? He’s a nice looking man so what’s his problem? Chanda is not the one for him!” Was that fan correct?

According to Starcasm, it looks like Tyrice dated another woman since Chanda got out of prison. They dug around and discovered that someone called Cherise exchanged a lot of Instagram posts about each other. The outlet reported, “The two began exchanging PDA online back in January with Cherise referring to Tyrice as “My s*xy baby” and adding the 💋 and ❤️ emoji.” The two people exchanged similar lovey-Dovey messages on social media around about Valentine’s Day.

The Love After Lockup star seems attracted to people who break the law. Allegedly, Cherise also ran afoul of the law. Records revealed that Charise got arrested in 2018. Starcasm wrote, “Cherise was booked for possession of marijuana, possession of drug paraphernalia, fleeing a law enforcement officer, and a defective tail light in July.” However, it seems that Tyrice and Cherise possibly broke up. Lately, neither of them seem busy exchanging comments and posts on Instagram.

Cherise a divorced mother to three

One fan of Love After Lockup remarked, “He can’t handle a little 600 dollars for clothes? That gets a remark? He ain’t doing that well and he ain’t gonna keep Chanda long.” Maybe something went wrong with Cherise along those lines as well. Cherise seems closer to Tyrice’s age though. At 40, the divorced mother of three boys maybe hoped he’d bring some financial stability to her family.

So, it looks like Chanda and Tyrice moved apart quickly after she got out of prison. And then, the next woman in his life also moved on from the “hot commodity.”