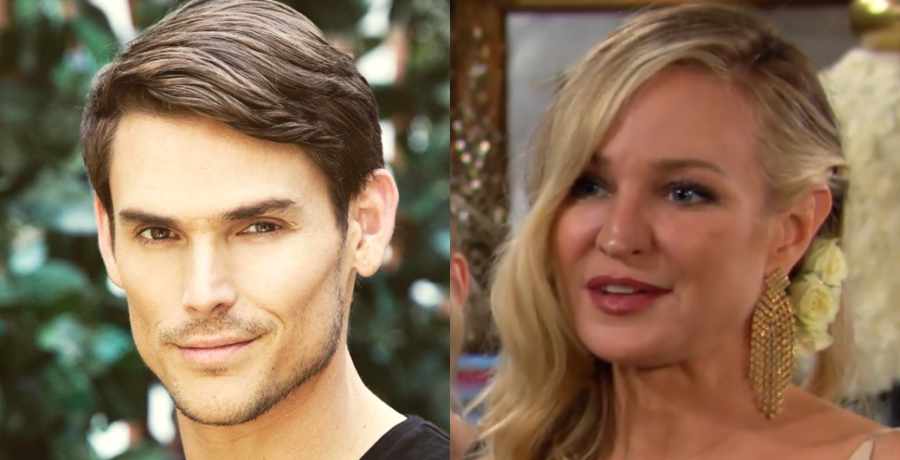 Spoilers for the Thursday, January 14, 2021, episode of The Young and the Restless reveal plenty of drama. Among the drama, Adam reaches out to Sharon for help, while Abby reaches out to Victoria for reassurance. While this is all going on, Devon also reaches out to Nate for something unexpected.

Spoilers for Adam and Sharon on The Young and the Restless

The Young and the Restless fans will remember Sharon (Sharon Case) making a promise to Rey (Jordi Vilasuso). She had promised to keep her distance from Adam (Mark Grossman).  Viewers will remember that Sharon didn’t even reach out to Adam about Chelsea’s (Melissa Claire Egan) illness, prior to leaving for her honeymoon. However, now Sharon is back and in the meantime, Adam is feeling very sad about the fact that Chelsea is mute and paralyzed. In fact, he is making it all about him.

Empathic Sharon cannot imagine how bad Adam feels. He asks Sharon to come over to help him feel better about himself. As fans know, she has always been good at that. Of course, it doesn’t matter that Sharon’s daughter breaks down at the mere thought of Adam. Really, who is more important to her, between Adam and her daughter?

Spoilers for Abby and Victoria

Meanwhile, Abby (Melissa Ordway) desperately wants to pregnant. The fact that she isn’t pregnant yet makes her angry. Fans will remember that she has been pregnant before but lost the baby. Abby is so anxious, she reaches out to her sister Victoria (Amelia Heinle). Amelia also gave birth to a stillborn child but did, eventually, successfully give birth to Reed and Katie.

Abby wants some reassurance from Victoria, along with some tips. Fans should remember that Victoria adopted Johnny. They should also recall that Abby spent her first years being adored by her adopted dad, Brad. So, adoption could be an option?

Devon and Nate spoilers on Y&R

As noted by Soap Hub, Devon (Bryton James) is set to reach out to Nate (Sean Dominic) again. Fans will remember that the last time he did this, he punched Nate for having slept with Elena (Brytni Sarpy). Should Nate be wary when Devon once again approaches him, or should he forgive and forget? Meanwhile, Devon himself isn’t sure what he is going to do until it happens.

Fans will have to watch to find out what does happen next between Devon and Nate.

Keep tuned to The Young and the Restless, weekdays on CBS to keep up with the drama.

‘My 600-lb Life’ Lets See Where Ashley Taylor Is Now?
What Did ’90 Day Fiance’ Star Andrew’s Amira Go Through In Mexican Detention?
‘OutDaughtered’ Star Uncle Dale Goes South
‘Unexpected’ Rilah Ferrer Drops A Cryptic Message
When Does The Next Episode Of ‘This Is Us’ Air?