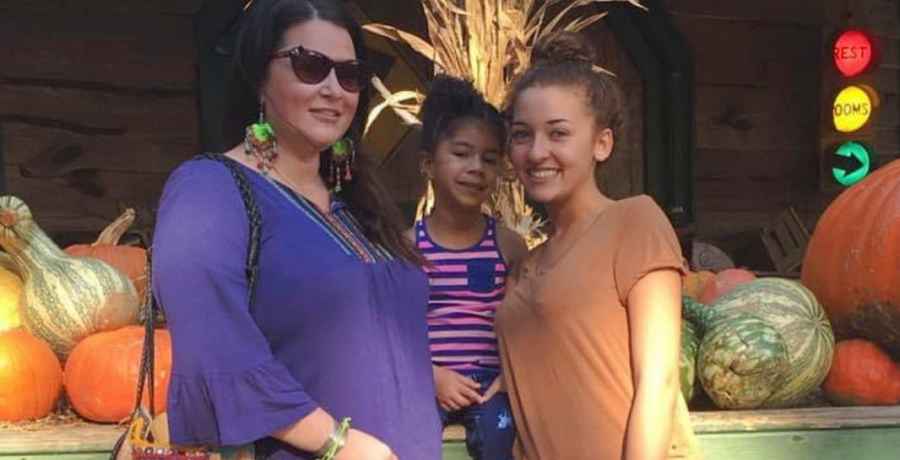 90 Day Fiancé alum Molly Hopkins’ daughter, Olivia, 21, was reportedly arrested on October 13, 2020. The arrest followed a mother and daughter dispute. According to legal documents obtained by In Touch, Olivia was charged with a misdemeanor simple battery. The alleged altercation occurred at Molly’s home in Woodstock, Georgia at around 11:17 pm.

According to the arrest affidavit, Olivia had allegedly struck Molly several times in the head. This left a clearly visible red mark. Olivia also kicked the victim (Molly) in the leg. Meanwhile, a third party allegedly witnessed the entire altercation.

Olivia was granted a bond of $1,500 and had to abide by several conditions. One was that she stay away and not communicate with her mother. Olivia had to vacate her mother’s house within 48 hours of her release. However, she also faced further prohibitions. Olivia was to refrain from visiting “any bar or establishment serving liquor, beer, or wine; and any place of disrepute.” In addition, she could not possess any weapons, liquor, or drugs without a prescription.

Olivia’s attorney filed a motion on November 12 to modify the bond condition. This amendment allows Olivia to return to Molly’s house. However, all other conditions remain in force to this day. Reportedly, Olivia is facing her arraignment on January 21, 2021.

90 Day Fiancé fans will remember Molly, 45, making her reality TV debut in Season 5 with her now-ex-husband, Luis Mendez. She finalized her divorce from Luis in May 2018.

On the show, fans saw the drama between the couple, as well as Olivia’s disapproval of her mother’s beau. She was understandably skeptical when Molly chose to marry Luis only two months after meeting him while on vacation in the Dominican Republic. As noted by In Touch, they did eventually split.

The family returned to TLC on 90 Day Fiancé: Happily Ever After? when Molly let Luis move back in with her. However, that stay was short-lived. After they divorced, Molly focused on her health and losing weight, shedding 40 pounds over a few months. As for her former husband, Luis remarried five months after the finalization of their divorce.

As reported here, Hopkins once again returned to the TLC franchise to star in a new spinoff, 90 Day Fiance: Self-Quarantined. On the show, she opened up about a theory she had about her former husband. Her theory is that Luis was only using her to get a green card. Once he had his green card, he was able to marry his true love, who was reportedly already living in the US.

Molly believes the family already knew Luis’ new wife and is pretty sure there was an “arrangement.” She believes Mendez knew all along what he was going to do.

‘This Is Us’ Star Justin Hartley Lands New TV Acting And Producing Gig
Jessa Seewald Solves A Problem In Her Kids’ Room
When Does The Next Episode Of ‘This Is Us’ Air?
Maddie Brown Says God Wanted ‘Humility’ Before Intent
‘UFO Witness’ Airs Exclusively On Discovery+