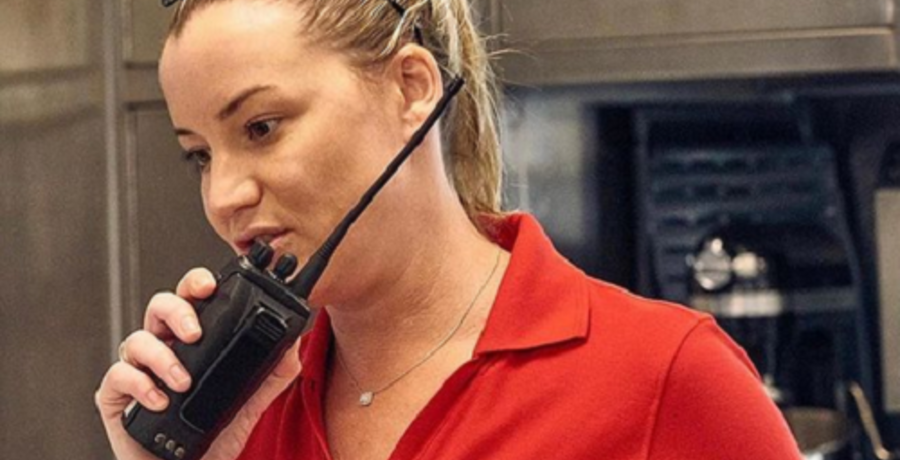 Below Deck Med alum Hannah Ferrier revealed how much a chief stew actually makes. Fans want to know how much money she left on the table. As they recall, Captain Sandy Yawn fired Hannah during Season 5 of Below Deck Mediterranean. She learned that Hannah had unregistered Valium and a CBD pen on board the yacht.

The former chief stew waved goodbye to the franchise. She was clearly over it by then. Since becoming a first-time mom, Hannah couldn’t be happier. She’s also released two new projects she’s excited about. But fans want to know how much she made as a chief stew.

How much did the Below Deck Med alum make?

Reality stars don’t make as much as viewers may think. Unless they’re rolling in Kardashian money. It’s unclear how much the castmates of Below Deck Mediterranean make, former castmate and chief stew Hannah Ferrier made a pretty good salary. On Monday, January 4, the Bravo star told a fan that she made “around €5000 per month with no expenses.” That translates to about $6,080.00 USD. Since the crew slept on board the yacht, boarding and living costs are included.

That amounts to over $6,000 per month. Most of that money can go to paying bills or savings. Of course, crew members make most of their money in tips. Below Deck alum Kate Chastain told ET Online that the yacht crew receives an extra tip on top of their base salary.

I started because I fell in 💗 with south of France!! So just stumbled my way through it 😂😂 that’s why I created @oceaninttraina – because it’s really hard to know where to start! And it’s good pay. Chief stew is around €5000 per month with no expenses! So no rent or bills!

However, the castmates don’t get much for appearing on Below Deck Med. Producer Mark Cronin revealed in a Reddit AMA that the cast “get paid a very little bit extra for being on TV.” According to his IMDb profile, he produces several shows, including Below Deck Mediterranean. However, he did add that “some of the multi-season stars” noticed a salary boost after appearing on the series for a while.

This morning, TV Shows Ace shared the first photo of Hannah Ferrier and her fiance Josh Roberts. The couple made their relationship “Insta official.” The former Below Deck Med star brought her fiance and their newborn baby on their first family trip. She posted several photos from their vacation on Instagram.

The 34-year-old took to her Instagram Stories to share a photo of Ava napping amid their holiday. She captioned the adorable post: “Holidays are exhausting.” Then, she followed up with a shot of herself sunbathing by the pool. Hannah and Josh have celebrated many milestones with Ava since they welcomed her in October 2020.

She doesn’t seem upset that she lost out on that yachtie money. She has since launched her new podcast, Dear Diary, You’re Effed, and her online course, Ocean International Training Academy.