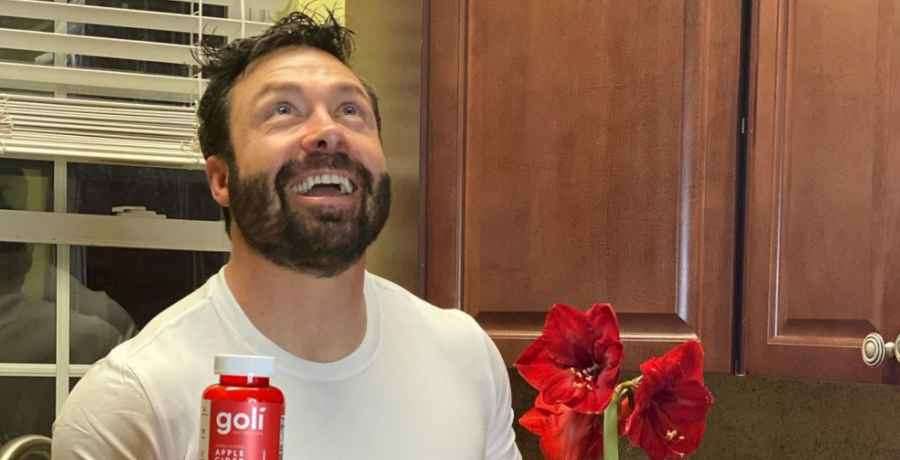 Many 90 Day Fiance stars have their own OnlyFans accounts to help bring in the daily bread. It now turns out that the Before the 90 Days bad boy, Geoffrey Paschel is going that route. However, it is unclear how many TLC reality fans would pay a monthly subscription to see Geoffrey’s offerings.

Fans will no doubt remember Geoffrey Paschel for the way he treated his Russian girlfriend, Varya Malina. They can’t forget how he played Varya off against another girlfriend, Mary. No doubt to feel important.

What happened was Geoffrey proposed to Varya while in Russia and she turned him down. A while later she had a change of heart and paid an unexpected visit to Paschel in Tennessee. The poor girl knocked on his door, only to meet his latest friend-cum-flame, Mary. To make a long story short, after an explosive fight, Geoffrey proposed once again and Malina said “Da.” Since then, neither party has been seen with the other.

Geoffrey has recently faced legal charges for domestic abuse and is apparently short on cash. For this reason, the TLC reality star has even started selling his sperm. Of course, this won’t impress most 90 Day Fans who are already shocked at the lengths he will go.

In a recent appearance on The Domenick Nati Show, Paschel opened up about hooking up with Tim Malcolm’s friend Veronica. This makes it clear that neither Mary nor Varya are in the picture anymore. Geoffrey also discussed trying to win a lasagna bake-off against Domenick. In the interview, both men can be seen working their fancy chef look while cooking up a storm.

Paschel then asked Nati if he would like to have a “competition” regarding their OnlyFans accounts. He then mysteriously told Domenick to hold on for a second while he asked Varya if this would be OK. Geoffrey then told the host that she had said no.

As mentioned earlier above, it is pretty certain Geoffrey is no longer with the Russian beauty. However, he leaned toward the camera to say, “I don’t listen to her. I do what I want.” What the competition seems to come down to is which of the men could get the most requests and followers in one month. Geoffrey told Domenick he would get more followers “with his right foot.”

From this, we can glean the fact that Paschel is confident in his ability to attract fans. This, of course, is despite the fact that TLC fired his a**. On that note, Geoffrey then mentioned that someone had got fired from Pillow Talk. A rumor doing the rounds says Dean called out Tim, who then complained to TLC. Whether this is true or not, Paschel obviously enjoyed sharing the news.