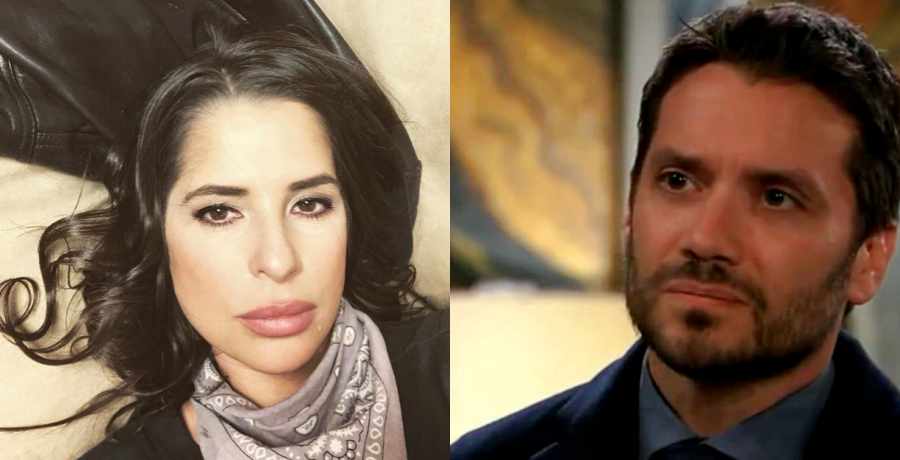 As General Hospital viewers know, Sam McCall (Kelly Monaco) and Dante Falconeri (Dominic Zamprogna) are both fan-favorites. As a potential couple, they are both attractive, both excellent investigators and both are street smart. It just happens they are both single too. So, what about a new super couple for the New Year?

2020 was a bad year for everyone and 2021 isn’t shaping up too well, so wouldn’t it be nice to have some good news? Spoilers for General Hospital tease that Sam and Dante will bond during the week of January 11. Reportedly, they will spend some one-on-one time together.

During this week, Sam will help Dante’s mom, Olivia, on a “quest for the truth.” This could mean McCall helps her to finally figure out the one-night stand between Alexis and Ned. It looks like Sam will get pretty close to the Falconeri family this coming week. That then begs the question – could Sam and Dante become the next big super couple?

Obviously, JaSam fans could disagree. However, both Sam and Jason could use a break from each other. Since the “real” Jason (Steve Burton) returned in 2017, their reunion has been a tad lackluster.

Sam and Jason’s ‘happily ever after’ keeps getting blocked

Whenever, General Hospital fans believe Sam and Jason are on the verge of their “happily ever after, something happens. Since JaSam reunited, things have felt very choppy. Admittedly, there is a chance they could link up again in the future. However, a little side romance between Jason and Sam could be an interesting development, to keep fans on the edge of their seats.

Of course, Dante has had it rough for some years now. First, while suffering from PTSD, he gets sent on a WSB mission. He wants to love Lulu, while not being fully able to. He goes on to lose her, just as it seemed they were close to reconciling.

It’s true, Dante does deserve some romance in his life, along with a special person who can help him heal those many layers of hurt. In fact, both Sam and Dante deserve a new romantic storyline. This is especially so, with Sam a private investigator and Dante a cop/WSB agent. On top of that, they are both attractive people and both of them have children.

While General Hospital spoilers hint at a little one-on-one time together for Sam and Dante. This for two characters who don’t generally have scenes together. However, the idea has soap fans buzzing with the potential between the pair.

So, could Dam (or Sante) be the next General Hospital super couple? Naturally, this will depend on the chemistry between them when they are alone together. As noted by Fame10, it also, obviously, depends on the storyline that puts them together.

Keep up with this General Hospital story on ABC on weekdays.