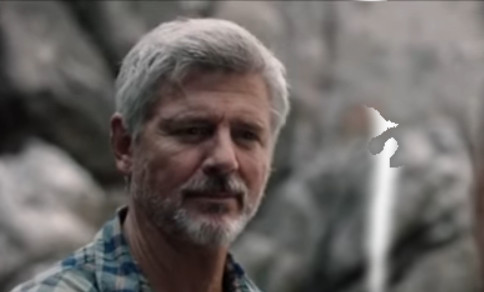 Your eyes aren’t playing tricks on you, soap fans! You DO recognize the actor playing Dante’s (Dominic Zamprogna) doctor on General Hospital. It is soap vet Christopher Cousins stepping in to the likely temporary role.

Surprise! Dante’s Back In Port Charles

When General Hospital came back from the coronavirus production hiatus, fans were in for a surprise. Actor Dominic Zamprogna is back on screen as he reprises his role as Dante. Dante is, of course, Sonny’s (Maurice Benard) son. Somehow, the soap managed to keep his return under wraps until a few hours before the Monday, August 3 episode broadcast on ABC.

The rumors were circulating online, but it remained unconfirmed. As fans know, General Hospital is finally airing new episodes after shutting down production in March. Some of the footage, such as Ned (Wally Kurth) and Olivia (Lisa LoCicero) kissing, was filmed pre-COVID. However, new footage was integrated in with the older footage.

Actress Kelly Monaco is briefly on leave due to complications with the new filming guidelines requiring masks. She suffered from breathing issues the first day back on set. Another familiar face to soap fans, Lindsay Hartley, is winning fans over as a temporary Sam McCall.

Another General Hospital star, Amanda Setton, will also be off-canvas for a while. Actress Briana Lane will play the role of Brook Lynn Quartermain while Amanda Setton is on maternity leave for her third child.

A Familiar Face is Playing Dante’s Doc on General Hospital

Dante’s return also ushers in a new role as his doctor. Christopher Cousins has a long resume, both in soaps and primetime. He is most known to soap fans for his role as con man Cain Rogan on One Life to Live. Cain’s romance with Tina (then-Karen Witter) was foiled by Cord’s (John A. Loprieno) return to Llanview.

Christopher Cousins also appeared on the soaps Another World and As The World Turns. After leaving OLTL, the actor found moderate success in primetime guest-starring roles. His roles include shows such as Revolution, Mad Men and The Exorcist.

He was also in the movie Caretakers with Vivica A. Fox. The movie is making the rounds at small film festivals in the U.S.