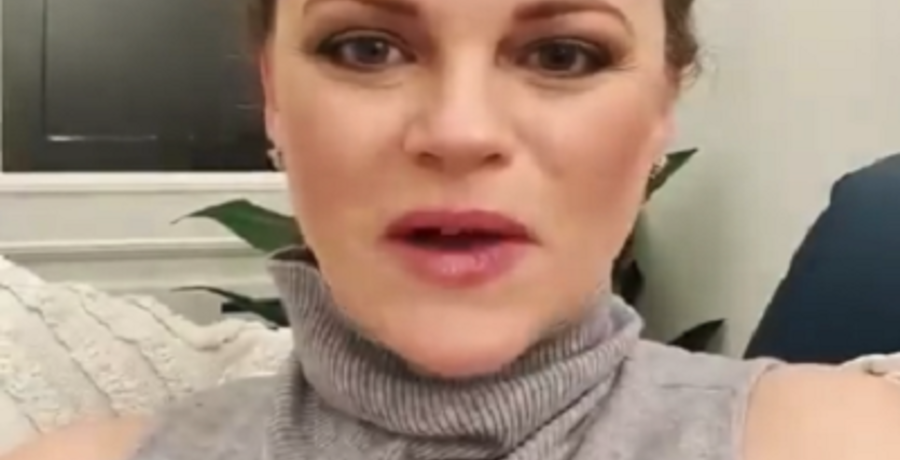 Before she made her debut on Below Deck, chef Rachel Hargrove tried out for America’s Next Top Model. She talked about her 2005 audition for the modeling competition. But she admits that she has nothing to hide, even when it comes to her reality TV past. Fans recognized her from the long-running series.

On Twitter, a clip of a then 23-year-old Rachel at the open casting call for Cycle 4. In one scene, the future chef wore a head-to-toe denim outfit with a long skinny necktie and then a skimpy lingerie look in another. In her confessional, Rachel sported a newsboy cap and hoop earrings. Some fans were shocked to find out she wanted to model.

ET Online asked her about the clip. The Below Deck chef admitted that she tried out for the series. The now 38-year-old explained the reason why she decided to go into modeling.

“Oh yeah! That happened,” Rachel said with a laugh. “That was so fun! I was bartending and the casting director came up to me and [said], you know, um, ‘Excuse me, have you ever thought about being a model?’ And I thought, are you f***ing high?’ I’m slinging drinks and I’m a kitchen creature, so it wasn’t like, it wasn’t one of those things where I was like, hey, I’m gonna go stand there at this cattle call, but it was kinda cool.”

She has a feeling her personality had something to do it. Rachel called it a “fun” experience. While she wouldn’t share details, she called host Tyra Banks “interesting.”

“The whole experience kinda gave me an idea of what reality TV might become,” she added.

I didn’t know Chef Rachel from Below Deck was a contestant on America’s Next Top Model until I was today years old. 😮 Season four to be exact! #BelowDeck #ANTM pic.twitter.com/fBZ6sUt5iT

But she didn’t make it past the on-camera audition. However, she doesn’t have any regrets. Rachel said it was fun trying out for the show. Her appearance on the former UPN series only lasts for 30 seconds, but it made an impact on the internet. Rachel admits that her personality hasn’t changed from those days.

Below Deck star denies lashing out at Captain Lee

In another interview with E! News, Below Deck chef Rachel Hargrove denies telling Captain Lee to go “f***” himself. She explained her outburst during the preference sheet meeting. In a previous episode, the yacht chef said: “Eat my c***er” and then “Go f*** yourself” after Captain Lee presented the next charter guest. However, she claims those won’t fighting words towards Lee.

“If you listen to the actual footage, I’m not telling him to go ‘F’ himself,” Rachel explained to E! News. “‘Cause there’s a very background part you’ll hear, ‘Not you, I love you.'”

Rachel was just reacting “to the whole situation.” She explained “there was a lot that was happening” that day. She just learned that COVID-19 touched down in Italy, where her boyfriend lived.

“I would never tell Lee exactly himself to go f*** himself,” Rachel added. If she did, she joked she would “be a complete spirit animal.”

Rachel’s departure from My Seanna was short-lived. Most of the cast members have since forgotten it except for bosun Eddie Lucas. He didn’t agree with the way she handled the situation. In a previous episode, Eddie made a comment about Rachel’s drunken behavior after a crew night out.