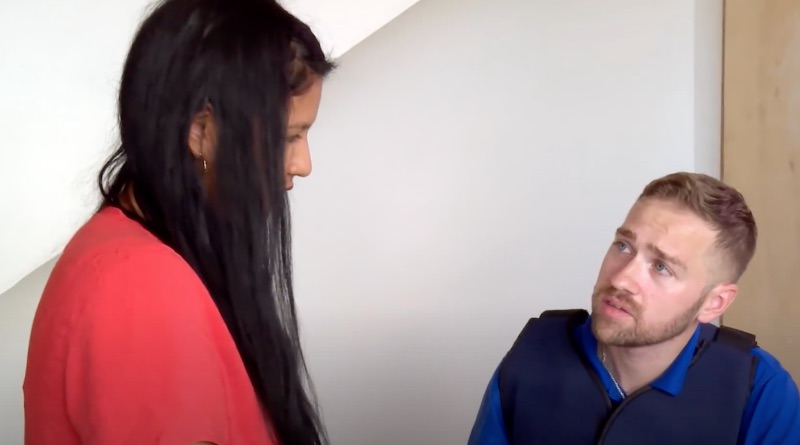 90 Day Fiance celebs Paul Staehle and Karine Staehle recently made a surprising announcement. And it’s one that some viewers may not expect. What did the husband and wife reveal?

Turns out, 90 Day Fiance pair Paul Staehle and Karine Staehle are planning to launch a joint OnlyFans account. Joining the popular subscription-based service has become common for a lot of TLC stars. It’s a great way for cast members to make extra income. And as is the case with stars like Stephanie Matto and Larissa Dos Santos Lima, they make bank.

TLC doesn’t pay its stars much to appear in 90 Day Fiance episodes. But being on television opens the door to other financial opportunities. Some stars choose paid partnerships to promote various products. And that can be lucrative as well for those that have a large following. Meanwhile, OnlyFans is one of the go-to ways to have another stream of income. And Karine and Paul are one of many choosing that route. 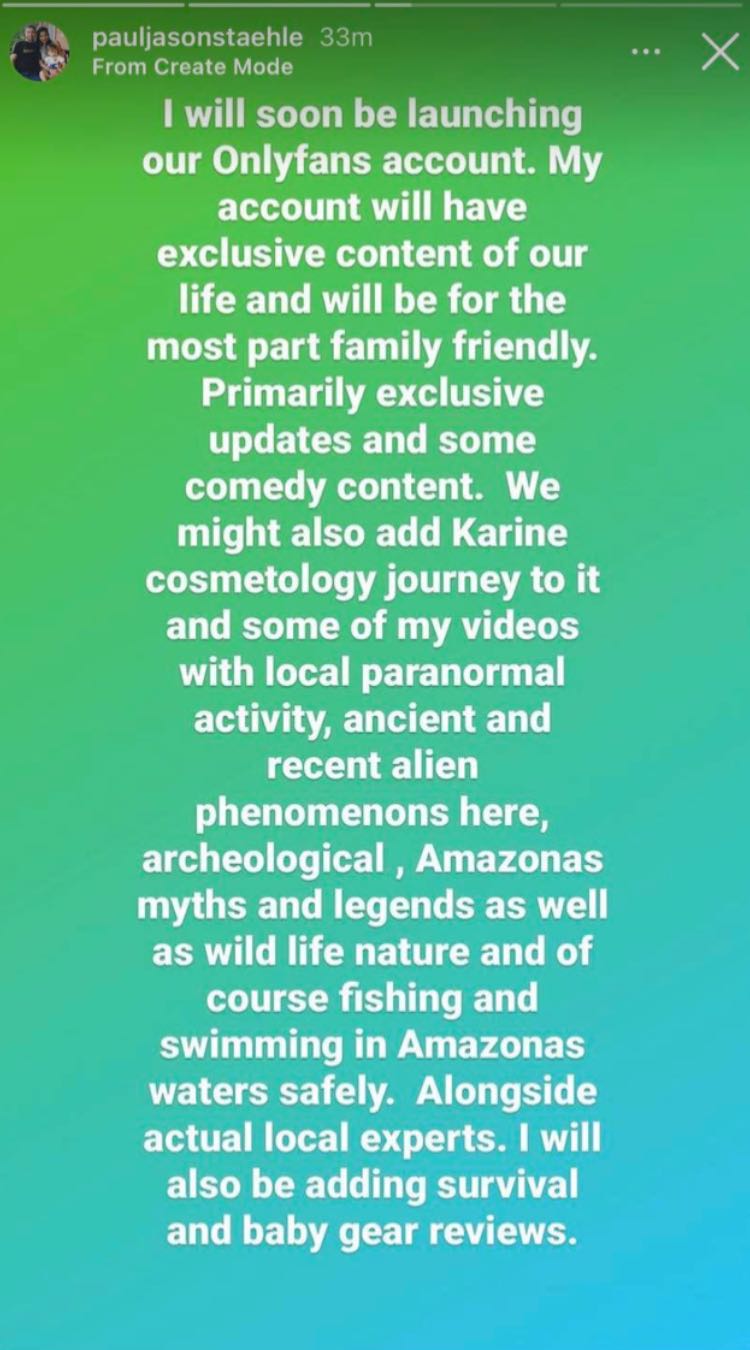 Even though OnlyFans is synonymous with explicit content, that’s not the only thing creators can offer their subscribers. 90 Day Fiance celeb Paul Staehle said recently that they would offer fans “family friendly” content. He said that it would primarily consist of “exclusive updates” as well as some “comedy”.

In addition, on Karine Staehle’s end of things, Paul added that they might include her “cosmetology journey.” Along with that, for any 90 Day Fiance watchers interested in paranormal activity and other niche interests, their channel will also feature Paul’s adventures with things like alien phenomena, paranormal activity, Amazonian myths, legends, and more. So, it looks like there’s a lot to come for anyone that wants to keep up with the couple’s shenanigans. 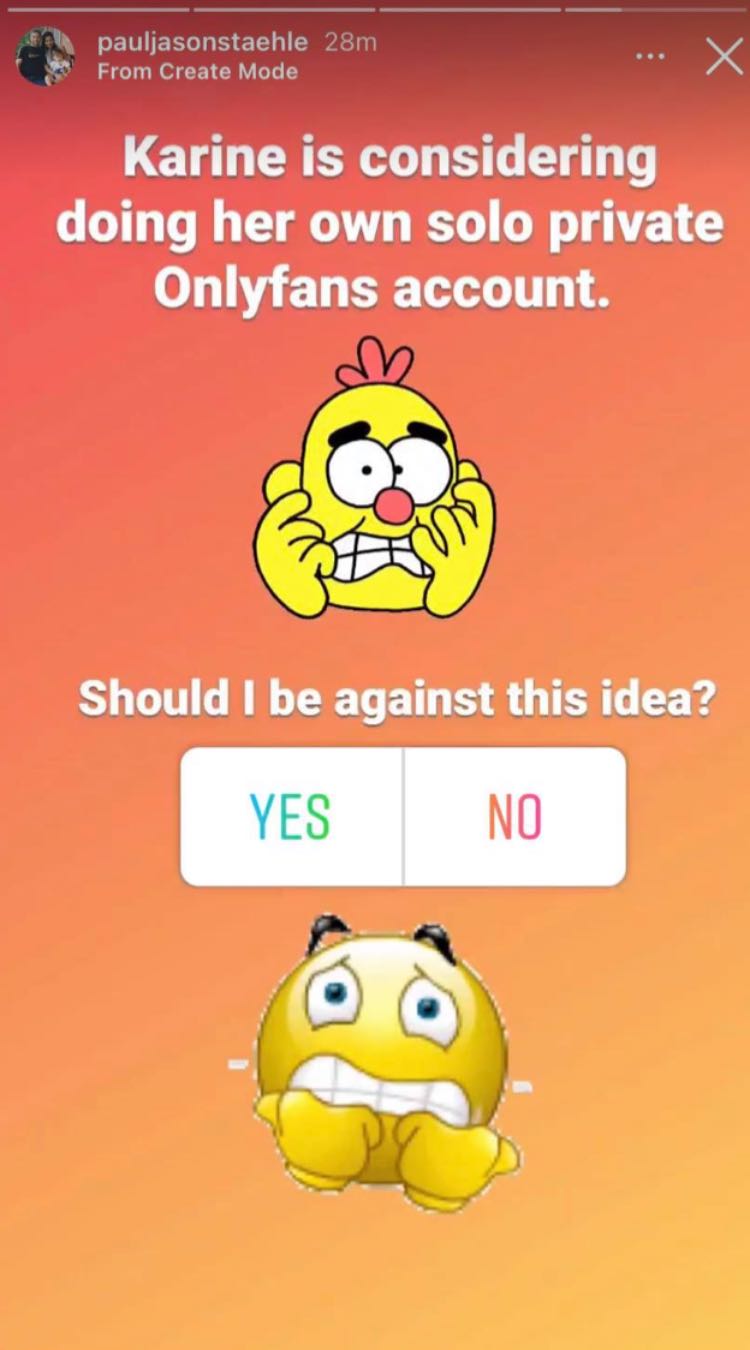 Based on the latest from 90 Day Fiance celeb Paul Staehle, it looks like Karine Staehle considers starting her own private account as well. Paul didn’t go into specifics in terms of what type of content viewers can expect. But it’s certainly possible she could offer viewers something more explicit.

Interestingly, while making the announcement about Karine’s private account to his followers, he asked 90 Day Fiance fans if he should be worried – and he included worried-looking emojis in his story. One of the things Paul and Karine are known for is the drama in their marriage. There’s a lot of back and forth going on between this 90 Day Fiance pair – and they’ve come close to calling it quits numerous times.

So while joining the popular platform is another chance to cash-in on their fame and bring home a bigger paycheck, it could cause further issues in their relationship down the line. Either way, this is something to watch out for once they join the platform and start creating content for their followers.