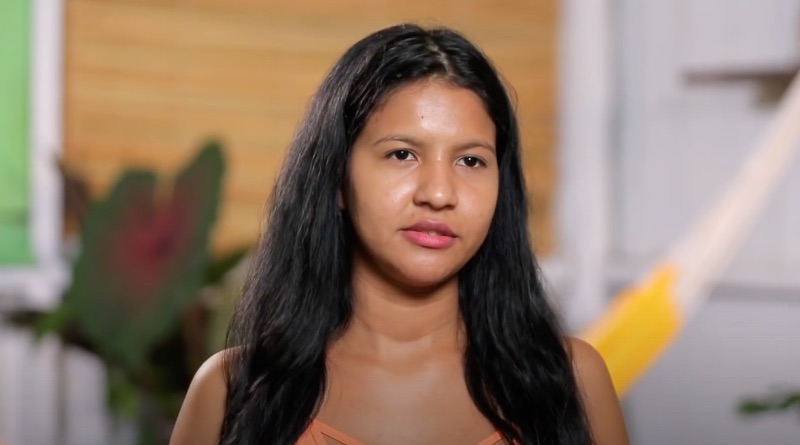 90 Day Fiance alum Karine Staehle recently shared a bizarre baby bump photo. She and her husband, Paul Staehle, always seem to deal with something in their marriage. Meanwhile, with their second baby on the way, Karine found an interesting way to show off her growing baby bump.

90 Day Fiance watchers know that Karine Martins and Paul Staehle expect baby number two. They have another son on the way – and Pierre Staehle will be a big brother soon. Meanwhile, Karine Martins struck a pose in a memorable photo recently.

90 Day Fiance celeb Karine Staehle shows off her growing baby bump sitting in a hammock – in a bra and a pair of Minnie Mouse sweats. She also rocks a crown of Christmas ball ornaments. But rather than the typical red or green, she goes with blues and whites to match her latest blue hairstyle.

Whatever the inspiration behind Karine Staehle’s baby bump photo is, it’s sure to garner a lot of attention from 90 Day Fiance viewers. And it’s definitely something to keep the chatter going as her baby bump continues growing. 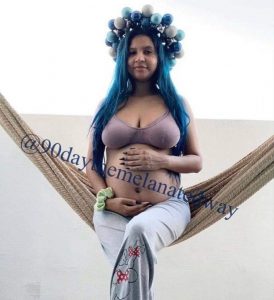 Karine Staehle Changing Up Her Image

90 Day Fiance‘s Karine Staehle changed up her image drastically in the last few weeks. Back in November, she debuted her blue hair. At the time, she seemed very happy with the results. And judging by her latest baby bump photo, it’s a look she still maintains.

Meanwhile, along with her new 90 Day Fiance hairdo, she also rocked a new tattoo. She has baby Pierre Staehle on the inside of her forearm. So it’s a complete image overhaul in a lot of ways for Paul Staehle’s wife – and a lot of watchers like all the changes she made to her appearance recently.

90 Day Fiance pair Paul Staehle and Karine Staehle always seem to be on the rocks as far as their marriage goes. After trying to make things work in America, the TLC husband and wife are back to living in Brazil.

Karine seems much happier back in her home country – and that may be something that helps keep them together. One of the things the TLC star missed when she was in America was her family. And being back home and having them around seems to put her in a better mood overall.

Interestingly, Paul Staehle recently asked followers to pray for their marriage this Christmas season. So there may still be trouble for the couple despite her recent image overhaul. Even so, she seems healthy as her baby bump grows – and there may be more photos on the way from her as she gets closer to her due date.