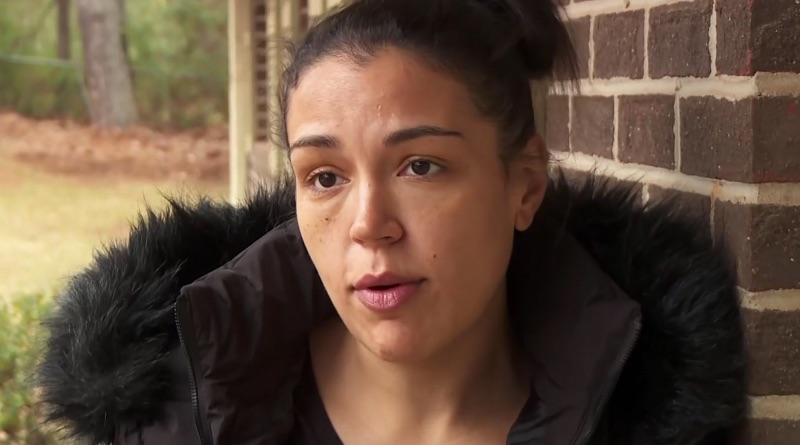 Life After Lockup cast member Amber Eggers has a complicated love life on the WEtv spinoff. And because of how she handled things with Vincent Gonzalez (and with Puppy in current episodes), viewers have questions about the former convict’s orientation.

Amber Eggers has a complicated love life on Life After Lockup. She was with Vince on the main franchise. But a lot of viewers believed she wasn’t interested in him based on how she acted. On top of that, it was later revealed that she hatched a plan to scam her beau.

In addition, Amber has a close bond with Puppy. As her bestie and former cellmate, the Life After Lockup women have been through a lot. Still, even though there is love between them, Puppy wants things to progress into something more. But it doesn’t seem like Amber is ready for that based on current episodes. 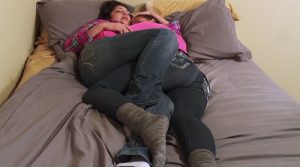 Fans Come Up With Interesting Theory

Amber Eggers has a complicated relationship history on Life After Lockup. And due to that, viewers came up with a theory regarding her orientation. A lot of fans think she is asexual. Amber seems to have no problem talking to romantic partners and establishing a connection. But when it comes time to do the deed and become intimate, Amber backs away.

Amber Eggers pulled away from Vince after they shared their first kiss. And when talking about it, she said the whole thing was “awkward”. Moreover, since Puppy got out of jail in recent Life After Lockup episodes, it’s clear she wants to be intimate with Amber – but Amber skates past her attempts.

One Life After Lockup fan said it didn’t make sense for her to reject all of Vince’s advances on their season – especially because she was fresh out of prison. Meanwhile, another viewer suggested Amber likes people until it’s time to “perform”. And when that time comes, she finds a way to back out. Currently, even though she claims to love Puppy, Amber rejects her attempts at intimacy too.

I think Amber is asexual. She likes people until it’s time to actually perform then she starts using words like “awkward” #loveafterlockup #lifeafterlockup

Life After Lockup: Another Twist in Amber’s Storyline

Meanwhile, based on the latest from Life After Lockup, it looks like there’s someone new in the mix surrounding Amber. It seems she has another guy on the side. And if true, this will certainly add even more drama to her current storyline.

She gets a call during her confessional on the most recent Life After Lockup episode. And it’s a collect call from another inmate. Turns out it’s a guy – and they use terms like “baby” and “beautiful” as pet names for one another.

Certainly, it’s possible she could be plotting another scam. Or she may have truly found another love interest. Either way, it’ll be interesting to see how things pan out – especially with Puppy head over heels for Amber.