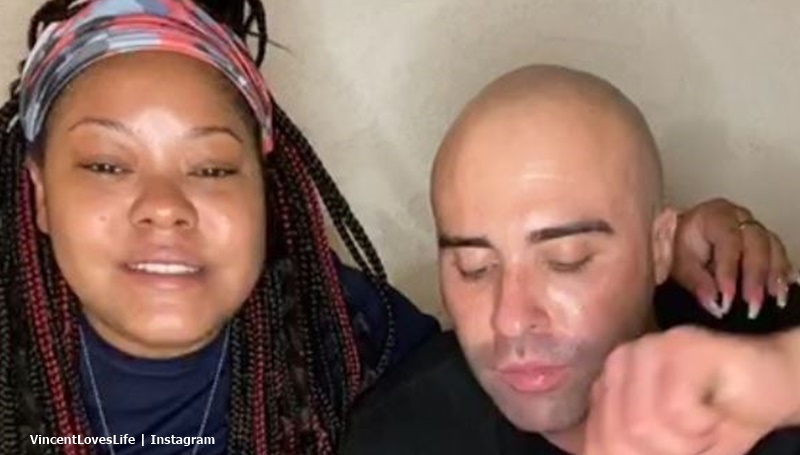 Love After Lockup Season 2 featured Vincent and Amber. They split, and in 2019, fans heard he moved on with someone else. Later, it emerged that he took up with Jerita. But, that looks like it’s all over as Vincent posted about letting it go and moving on this week. And apparently, he just got arrested for assaulting Jerita.

On Tuesday, September 8, Vincent took to his Instagram and shared a post. He captioned it with, “@jeritavibez Let it go and move on. Move on gracefully..” Fans talked about what sounded like another split for Vincent. One fan said that he probably “sits in jail” right now. Another fan asked why he would be in jail and what happened.

Well, one fan who follows Jerita responded. The Love After Lockup fan wrote, “Vincent is in jail for beating up his girl. She just had surgery.” Then, they reiterated that the surgery came as a result of the attack by Vincent. Apparently, Jerita shared a video about the assault in her Stories. Starcasm followed up the story, and they confirm the split and the assault.

The Instagram stories from Jerita’s private account came in a series of  “photos, text graphics, and videos…soon after the altercation.” The outlet noted that “one of the videos showed Jerita on the scene of the incident with her leg in a tourniquet and elevated by a female police officer.” But, it’s not clear whether the couple split before or after the incident.

Actually, it seems that the couple may have split before the alleged assault. The outlet revealed that many messages in Jerita’s Stories referred to a prior breakup. Anyway, whenever they split, it’s confirmed that Vincent ended up detained. The outlet investigated it, and records reveal the Love After Lockup star got taken to the “Clark County Detention Center…on Monday.”

With his bond set at $3,000, it’s not clear if someone steps up and pays it. Possibly, Vincent’s dad helps his son out. After all, he clearly never liked Jerita. One fan pointed out on Vincent’s last Instagram, that his “dad called her an animal and made remarks of her being ghetto.” Other fans thought of Amber. One commented, “@amber.loveafterlockup I’m so glad you got away from this abusive guy.”

@jeritavibez Let it go and move on. Move on gracefully.

Other Love After Lockup fans lambasted Vincent for the alleged assault on Jerita. One noted, “you and your daddy aint worth a damn. You need to stay locked up. Tell your daddy he raised an animal who beat on women.”

Actually, if Vincent injured Jerita so badly that she needed surgery, possibly he might end up in jail for a long time.