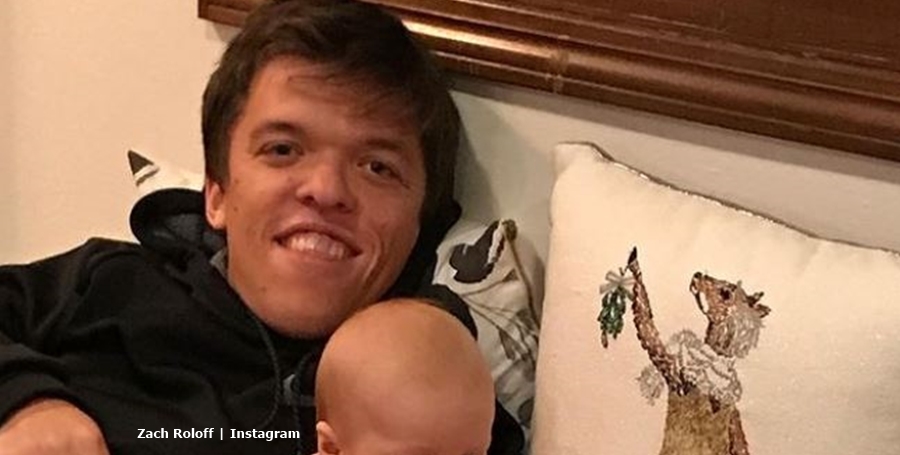 Zach Roloff hinted a couple of years back that he and Tori were a bit strapped cash. In fact, he claimed zero cash-flow to help him dig his way out of it. That came after he ended up with two mortgages. But he later sold one of his homes in 2019, albeit for less than he hoped. Nevertheless, he said in the last season of Little People, Big World, that he hoped to buy the farm. Does that mean things changed for him on the money front?

Zach Roloff – where does his income come from?

Over the years, Zach talked about his job. Tori gave up her job teaching little kids. But clearly, she earns something off her Instagram promos. With 1.5 million followers, she likely makes some cash from there. But it might not be enough to help them live a wealthy lifestyle. Meanwhile, Zach helps his dad run Roloff Farms. And, he’s at some sort of manager level. Recall that when Matt Roloff started visiting Surprise he explained on Instagram that Jeremy’s there when he’s away. So, he will earn a salary there. Perhaps he earns about $50 thousand a year from that.

Presumably, he also earns something from the annual Pumpkin Season event. Yahoo mentions that he now works through October taking tours on the farm. While Zach Roloff coaches soccer, it’s not clear he earns anything from that, so that that could probably be discounted for now. Then, he earns from TLC’s Little People, Big World show. With Molly, Jeremy, and Jacob gone, that possibly means more income for him and Tori. So, he probably earns in excess of $2,000 per episode. Actually, the combined income of Zach and Tori income would put the LPBW star at a reasonably comfortable level of lifestyle.

How could Zach afford to buy the farm if he’s strapped for cash?

Zach and Tori sold their second house for $382,500. Less than they hoped for, it nevertheless probably helped lessen the strapped for cash situation. With an estimated $300,000 net worth, could he afford to buy the farm? Or even a portion of the farm? Well, presumably Matt Roloff kept excellent financial records over the years. The fact that Zach owns property already, plus a bit of a shush fund, combined with a good business plan based on past performance, it’s quite possible that Zach Roloff might obtain funding via the banks.

Of course, nobody knows if Matt Roloff might already grant Zach a percentage of annual farm profits. After all, you don’t need your dad to own a farm for senior management to earn a nice annual bonus. Jeremy Roloff also expressed an interest in farming. So, if he also came in as a partner, once again, that might help Zach Roloff achieve his dream of owning the land and improving his future bank balance.