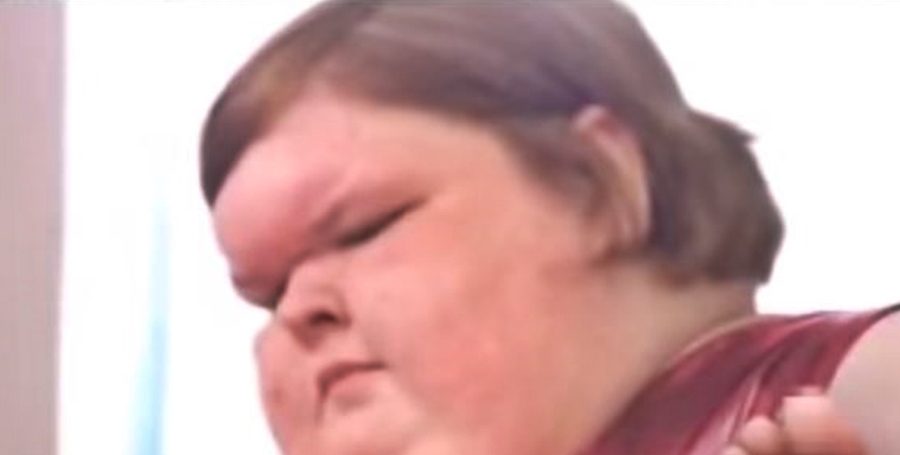 Tammy Slaton and her sister Amy sadly cope with the death of a member of their family. The news came via Tammy on Instagram on January 8. Notably, the 1000-LB Sisters star never revealed who passed away. However, it seems that it involved their stepdad. Fans who fear for Tammy’s life can at least rest assured that she didn’t die.

Tammy Slaton announces a death in the family

Taking to Instagram on January 8  Tammy revealed the bad news about someone who passed away. In her caption, she gave no hints as to who it might be. She wrote, “Hey, if you’re trying to message Amy and I please give us time to reply.” She added that they try and “deal with a death in the family.”

Well, it’s terribly sad, but perhaps TLC fans can draw some comfort from the fact that Amy and Tammy Slaton seem okay. Fans feel very concerned about Tammy who gained back a lot of her weight. And, they fear she might even pass away because of that. Bear in mind, in the show, Doctor Procter said she stands an “80% chance” of dying within the “next five years.” One follower said they feel like they watch “a suicide in slow motion.”

Naturally, fans felt very sad when they heard the news from Tammy. Many of them said how terribly sorry they feel. Hundreds of them wrote, “So sorry for your loss.” And of course, lots of fans said that they pray for them as they deal with their grief. So far, nobody asked Tammy who died, which at least shows a lot of respect. Recently, Tammy took to Instagram and begged fans to stop asking questions about the show that might reveal spoilers. So maybe fans recall that post and refrain from asking questions right now.

However, Amy revealed who passed away. And apparently, it’s their stepdad, Frank Rednour. Over at Whitsell Funeral Home, more details emerged. He passed away on “Wednesday, January 6, 2021, at Norton’s Hospital in Louisville, KY.”

The firefighter/bus driver aged 62, left behind Tammy Slaton and Amy’s mom, Darlene, and other family members. Notably, while the site mention step-grandchildren, nothing indicates a child with the surname  Halterman, (Amy). Frank will be laid to rest on Monday, January 11.

Meanwhile, the TLC show goes on

People reminds fans that 1000-LB Sisters airs on Monday nights on TLC at 10/9c. At the moment, the show explores Amy’s pregnancy. And, she gained weight which puts a strain on her gastric sleeve. Tammy Slaton sounds particularly concerned because her sister fell pregnant way sooner than the doctor recommended. Nevertheless, Amy said that she totally plans to enjoy her pregnancy, no matter what.