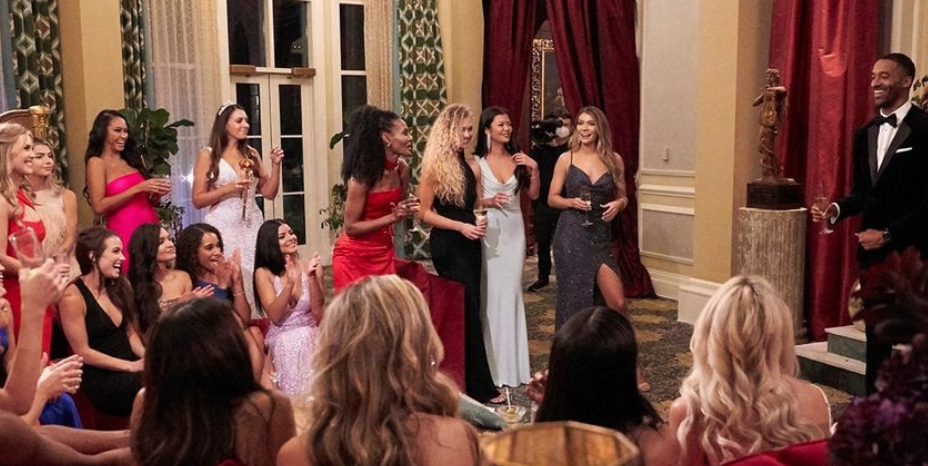 The Bachelor just premiered last week. Now that fans have met the girls, they are starting to release stories about them. These stories are not always in the girls’ favor.

Rachael Kirkconnell is getting exposed on TikTok by someone who used to go to high school with her. This year Matt James has taken on the role of The Bachelor. This is a huge deal because not only has he never been apart of Bachelor Nation before, but he is also the first Black Bachelor. Now, one of his contestants is getting called out for being racist.

A girl on TikTok posted saying “girlieeee, remember when you bullied me in high school for liking black guys???”

Of course, this shocked Bachelor fans everywhere. Especially considering it’s such an amazing thing that Matt James is helping Bachelor Nation make huge strides. After that, she continues to say that the whole friend group that Rachael was in was racist.

Of course, people can change over time. But this is not something a contestant would want to come out right now.

It doesn’t seem that Rachael has addressed the issues yet. However, according to Heavy. she does have a questionable social media past with her friends.

Rachael‘s social media is fine. She doesn’t have a Twitter account and her Instagram seems to be supportive of BLM. She actually hasn’t even been very active on social since being on the season. Likely because the girls are supposed to keep quiet so the winner doesn’t get leaked.

However, her friends can’t say the same thing for their social media accounts. There has been some questionable actions on their accounts by both themselves and by Rachael.

Heavy. says that Rachael likes photos on Instagram that feature two girls posing in front of the confederate flag. There also seems to be photos of Rachael dressed in a Native American costume.

Overall, this proof isn’t looking great for Rachael, even if she is keeping her own social media clear of controversial posts.

Hopefully, these rumors aren’t true and are just a huge misunderstanding. Maybe, it will come up towards the end of the season.

Are you suspicious of any of the girls on The Bachelor? Let us know in the comments below. Come back to TV Shows Ace for more news on Bachelor Nation and all of your favorite reality TV stars.