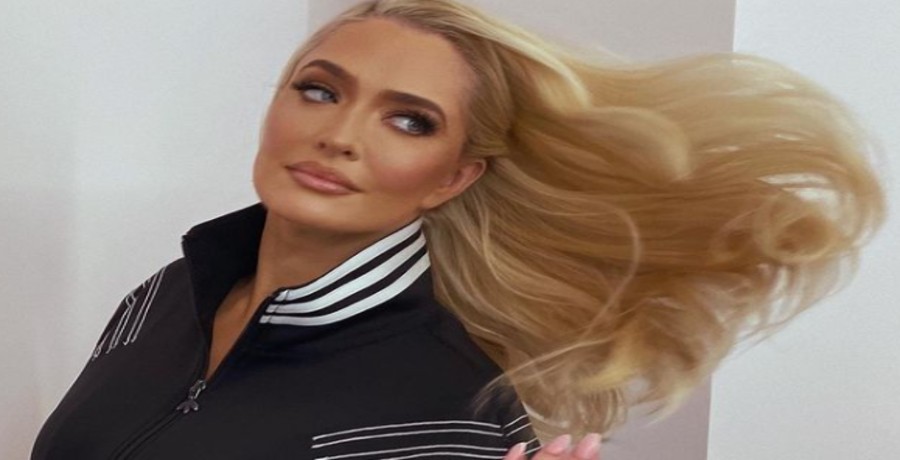 Heather McDonald talked about Erika Jayne and Tom Girardi’s bankruptcy on her podcast, Juicy Scoop. She also shared a picture of the Real Housewives of Beverly Hills that Garcelle Beauvais put on Instagram. The girls are filming on vacation. She captioned the photo, “who is ready for Season 11.” The RHOBH stars appear to be in a woodsy area. Production on the show had been postponed a couple times because of cast members getting COVID-19.

She zoomed in on Erika’s face and said obviously the glam squad isn’t there. Heather said she wore big sunglasses to hide that she wasn’t wearing a full face of makeup. The reality star is in the middle of a divorce and her soon to be ex-husband is in the middle of a huge financial scandal.

Since they were married at the time, all of their assets combined will be looked at to pay the people Tom allegedly didn’t pay. Heather said the court date was two days ago and Tom and Erika didn’t come. She said they don’t have to, they can have their representation show up.

What Did Heather Say About Erika Jayne’s Assets?

Heather said Erika Jayne tried to sell her clothes last week online and a judge told her she couldn’t do that. They will now have a government trustee come in and divvy up whatever the two of them have to pay back people they allegedly owe money to. The claims against the couple are pretty heinous, according to the NY Post.

The lawyers representing the Boeing plane crash claimed they embezzled the funds from the families of the victims. Tom denies this is the truth. He also told the courts he is completely broke. Erika, on the other hand, is posting pictures like the one below. She captioned it that it should be her online dating profile picture. 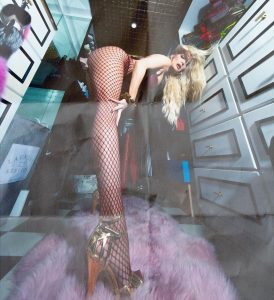 This Season Of RHOBH Could Be Dramatic

Heather listed things that could be included in these assets. She mentioned a Jaguar Cartier ring Erika had, all the cars she’d driven on the show, and her latex outfits, among other things. It’s no secret Erika likes the finer things in life with her expensive videos and the titles of her songs.

McDonald says she thinks this season is going to be a really juicy one because of this drama. It’s going to be different with the loss of Denise Richards and the addition of Kathy Hilton. Plus, the show will show how each of the reality stars dealt with the pandemic and how they are continuing to deal with it. Fans are curious to see if Erika will talk about the financial scandal or sweep it under the rug on the new season.

Are you excited about the newest season of Real Housewives of Beverly Hills? What do you think of the scandal? Comment below with your thoughts.

Isabel Roloff Shows Off Baby Bump In Skintight Dress: ‘Hot Mom Summer’
‘Welcome To Plathville Season 3’ Will The Family Make Amends?
Khloe Kardashian STUFFS Massive Booty In Skin-Tight Leather Pants
Chrishell Stause Vacations In Paradise With Her New Man — Who Is It?
‘Y&R’ Spoilers: Sharon Blows Up Her Marriage – Gives In To Adam?