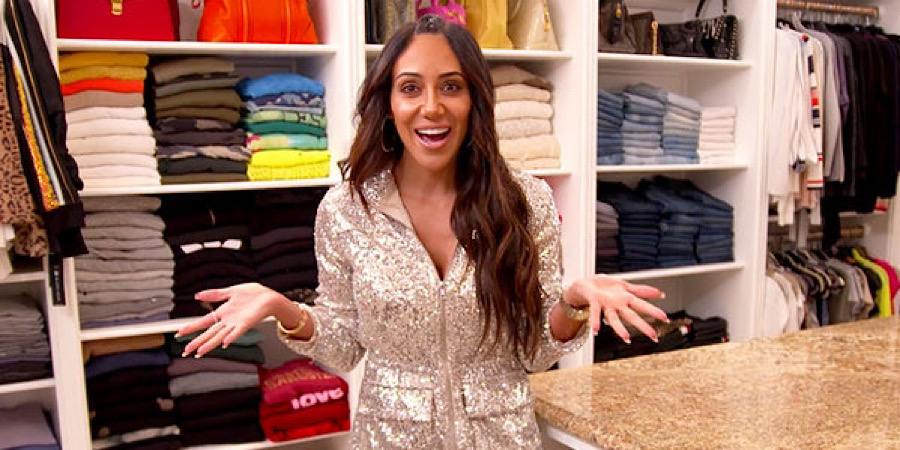 RHONJ will have a lot of “new life” content for Season 11. First, Teresa Giudice has a new boyfriend. Now, her sister-in-law and co-star, Melissa Gorga is making big moves. Today, Gorga posted a celebratory photo of herself sitting on top of moving boxes. She and hubby, Joe have sold their Jersey mansion for $2.5 million last month. But, it looks like it’s time to say goodbye.

12 Years, RHONJ, and Many Memories

Melissa and her family of four have been in their Montville home prior to the housewives coming into her life. The Gorga’s originally bought the house for less than a million dollars in 2007. Working together as a couple, they transformed it into their dream home. Viewers got to watch them celebrate holidays, birthdays, and some of the bad times, as well. But, it always remained a great family home. It came as a surprise when they announced they were selling. But, with all of the troubles of 2020, everyone faced financial issues. Living lavishly was no longer a necessity.

Luckily, Melissa knew she always had a living photo album to remind her of the good times. “Our family home for the last 12 years is officially sold. We’ve made so many memories in this home. We were blessed to be able to share so many of them with all of you, @bravotv & the #RHONJ viewers,” she shared via Instagram when the home sold.

Onto A New Home…And A Lot Of Boxes

Now that it is time for the Gorga’s to move, they seem very prepared. Melissa looked perfectly packed as she sat upon a bunch of filled moving boxes.

She thanked her moving company and even credited them for their compassion when she started to cry. But, Melissa also noted she loves new beginnings so this is going to be great for her and the family. With Joe, she shares children Antonia, Joey, and Gino. Though Joe’s sister, Teresa has been an RHONJ cast member since day one, not the case for Melissa. She officially became a real housewife in the third season.

Since her arrival, she has caused quite a stir, both in and out of the home. Melissa was always very vocal about being a businesswoman. She wanted to challenge the traditional Italian wife roles by opening her boutique, ENVY. Melissa has also been very outspoken when coming face-to-face with SIL, Teresa. She never backs down and always speaks her mind. It will be very exciting to see what the new season of RHONJ brings for her and where the Gorgas will end up. What do you think their new home will look like?

No release date has been set for Season 11 of the RHONJ but it is said to be sooner rather than later only on Bravo.