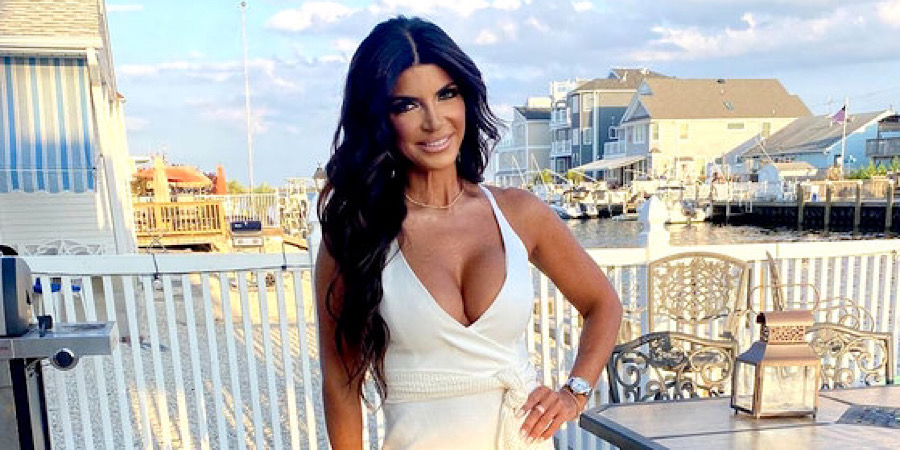 Teresa Giudice is ending 2020 on a high note. The RHONJ star made her relationship Instagram official with Luis Ruelas. In a post, she praised her new man, saying he is “The BEST thing that came out of 2020.” But, the road to happiness has not been an easy one for her.

Teresa Giudice seemed to have it all when she hit Bravo screens in 2009. As a real housewife of New Jersey, she and husband, Joe lived a lavish lifestyle. Together, they had four daughters: Gia, Audriana, Gabriella, and Milania.  Despite dealing with possible bankruptcy, Teresa’s personal career soared. Her first cookbook came out in 2010, with two to follow.

She joined the Celebrity Apprentice in 2012. Unfortunately, fans were taken aback by the way Joe spoke to and of her. He was very brash, not that she couldn’t hold her own. But, their marriage was about to take a turn no one expected.

In 2013, the couple was charged with multiple counts of conspiracy to commit fraud. Joe was also charged with failure to file taxes over a four-year period. The following year, the Giudice’s plead guilty to 41-counts of fraud. Teresa ended up spending almost a year in prison. Joe followed, upon her release, and eventually, after multiple appeals, was deported to Italy.

There was much resentment on Teresa’s behalf. Her mother passed away shortly after her release and she felt she missed time with her. She began to blame Joe and see him for what he was. When Tre and her daughters traveled to Italy to visit Joe, she decided it was over. Teresa and Joe had been married for 20 years. In September of this year, the divorce was finalized. But, she still has RHONJ, her Fabellini wine, and best-selling books.

In terms of romance, there was chemistry between Tre and her high school love on Season 10 of RHONJ. However, nothing came of it. Last month, she was spotted with Luis Ruelas. He is the co-founder and EVP of Business Development at Digital Media Solutions. It is based in Florida so no word if he is bi-coastal or working remotely from the East Coast. Now, it is very serious.

Sister-in-law, Melissa Gorga said Teresa was good with Luis earlier last month. Giudice knew what she wanted in a partner and it was the antithesis of her ex: “I never remember laughing with Joe. I don’t. I want someone to talk so sweet to me and be gentle,” Teresa shared during the last reunion. It seems she  found this in Luis.

Hopefully, we will see it play out in Season 11. It should start airing early 2021 on Bravo. I am very happy for Teresa and cannot wait for the new season!