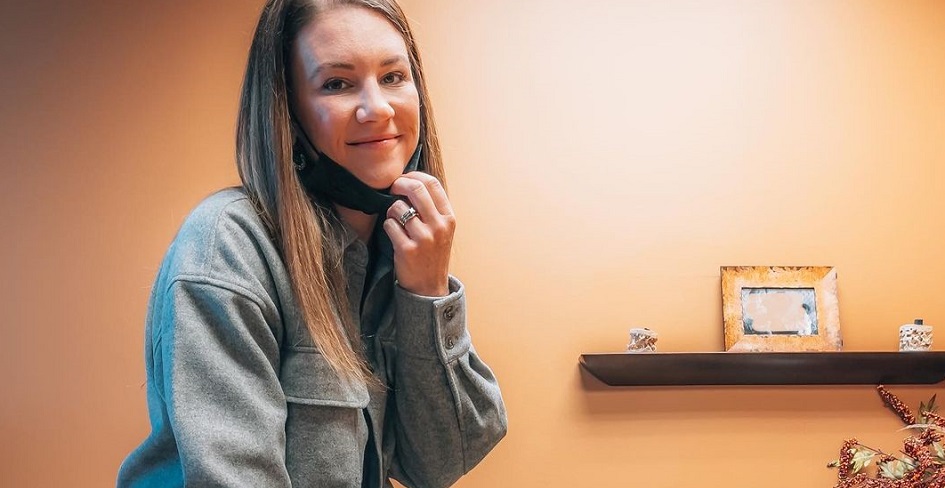 A relieved Danielle Busby thanks OutDaughtered fans as she updates on her health struggles. The mother-of-six explains the results of the invasive procedure gave the results she’d prayed for — no surgery. That being said, it sounds like Danielle still has a rough road ahead of her. Unfortunately, she still doesn’t have a clear answer on what is currently ailing her. Furthermore, she isn’t interested in offering fans any further information on her current health. And, she hopes fans can be happy with this.

A relieved Danielle Busby shared a photo of herself sitting on an exam table. She had a smile on her face. And, it looked like she just pulled her face mask down long enough to snap the photo. The TLC personality proceeded to offer fans with an update in the caption.

Thank you everyone for the prayers recently❤️ *Update* ❤️
I went into my procedure on Monday pretty certain that I would be coming out with having to have a surgery, but my prayer was answered and NO surgery is needed. I am thanking YOU ALL for the extra prayers because I believe in the POWER of PRAYER and I am certain these prayers helped my outcome.”

She continued to update her fans on her health struggles: “Though this was a result I was praying for (no surgery), this doesn’t mean this is the end to my current struggles. More test, lead to more doctors… but still no clear answer at the moment of what’s going on.”

“Please understand, I am in the window of uncertainty and I only feel comfortable sharing as much as this. I will continue to share as more things start to unfold.” She concluded. Danielle also thanked her fans as they continued to pray for her and her family.

OutDaughtered fans were happy Danielle Busby and her husband Adam took the time to keep them in the loop. Though, they told her she could just leave this part of her life off social media if she wanted total privacy. Here’s what some fans had to say.

When Danielle Busby was first rushed to the hospital before Thanksgiving, it was revealed she had a tingling sensation in her limbs. Beyond that, fans have not been given much information on what Danielle is feeling. Danielle Busby revealed on an Instagram Story that she is afraid of fans making suggestions on what might be wrong with her. So, she’s very hesitant to give much in the way of updates.

Are you happy to hear Danielle Busby didn’t have to have surgery? What do you think of her latest health struggles update?